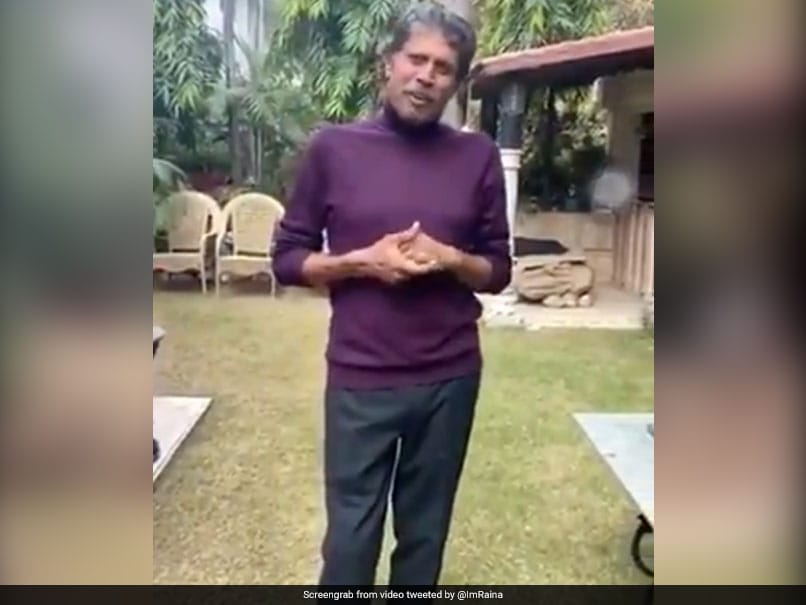 Suresh Raina shared a video of former India captain Kapil Dev thanking his fans and well-wishers for their prayers when the cricketer had been admitted to the hospital and underwent an emergency coronary angioplasty. "Good to have you back @therealkapildev Paaji .. Best wishes for your movie," wrote Raina in the caption. Dev had been admitted to a hospital in Okhla, New Delhi, in the early hours of October 23 after complaining of chest pain. An emergency coronary angioplasty was performed by Dr Atul Mathur, director of cardiology department at the Fortis Escorts Hospital on the same day. Dev had tweeted out a message for his fans later in the evening, saying he was "well on the road to recovery."

Good to have you back @therealkapildev Paaji .. Best wishes for your movie pic.twitter.com/EoBkAoPefT

On Thursday, October 29, Dev addressed his fans in Hindi and said: "I dearly want to meet you all. Thank you so much for your wishes once again and your concern. Let's hope we meet soon. I don't know when will the movie (the film titled 83, a biographical account of the Indian team that won the 1983 World Cup) be released, but we'll try to meet soon."

Dev was discharged from the hospital on Sunday, October 25. "Mr. Kapil Dev got discharged today afternoon. He's doing fine and can resume his regular daily activity soon. He'll be under regular follow-up consultation with Dr. Atul Mathur," the hospital said in a statement on Sunday.

Raina, who announced his retirement from international cricket in August this year, recently met Kiren Rijiju, India's Minister of State for Youth Affairs and Sports.

"It was wonderful meeting you @KirenRijiju Sir.. We had a great conversation on sports, and wonderful to know the progress our country in making in all sports verticals," wrote Raina in a tweet and posted a picture with Rijiju.

Suresh Raina Cricket
Get the latest updates on ICC T20 Worldcup 2022 and CWG 2022 check out the Schedule, Live Score and Medals Tally. Like us on Facebook or follow us on Twitter for more sports updates. You can also download the NDTV Cricket app for Android or iOS.