Justin Langer has set stiff targets for the Australian players to meet in terms of behaviour. 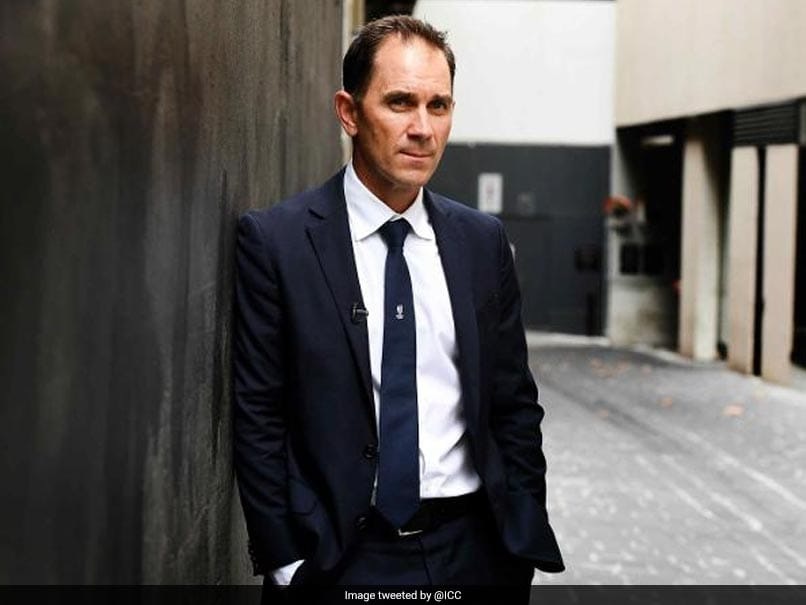 Langer officially took over from Darren Lehmann by addressing players and staff on Saturday.© Twitter

In a bid to finally put the ball-tampering scandal behind them, newly-appointed Australian cricket coach Justin Langer has laid down very clear ground rules as far as player behaviour is concerned. Legendary wicketkeeper-batsman Adam Gilchrist appeared on Fox Sports' 'Back Page Live' on Tuesday night and revealed that Langer's players need to prove to the coach that they are worthy of marrying one of his daughters. Talking about the standard set for players during a pre-England tour camp in Brisbane, Gilchrist said that Langer has stressed on the players to be disciplined but stick to playing hard cricket like how Australia players have always done.

"Actually, I've heard him say he wants his players to be good enough blokes that he would consider allowing them to marry his daughters," Gilchrist joked.

"He's got four daughters - so that's the selection process going on."

Langer officially took over from Darren Lehmann by addressing players and staff on Saturday. Australian cricket was thrown into turmoil in late March after captain Steve Smith, vice-captain David Warner and opener Cameron Bancroft conspired to illegally rough up the ball during their Test series in South Africa.

All three were banned afterward, while the Australian team were criticised globally by cricket fans and commentators for what they perceived to be an arrogant and hypocritical team culture.

Australia, ranked a lowly world No.5 in ODIs, will play five ODIs from June 13 and a Twenty20 international against England before a tri-series T20 series in Zimbabwe in July.

Australia Cricket Team Justin Langer Adam Gilchrist Cricket
Get the latest updates on T20 World Cup, check out the T20 World Cup Schedule and Live Score . Like us on Facebook or follow us on Twitter for more sports updates. You can also download the NDTV Cricket app for Android or iOS.