England fast bowler James Anderson said he would love to play all seven Tests in the summer, but added it's "probably not that realistic" to play all games given the depth in bowling available with the team. 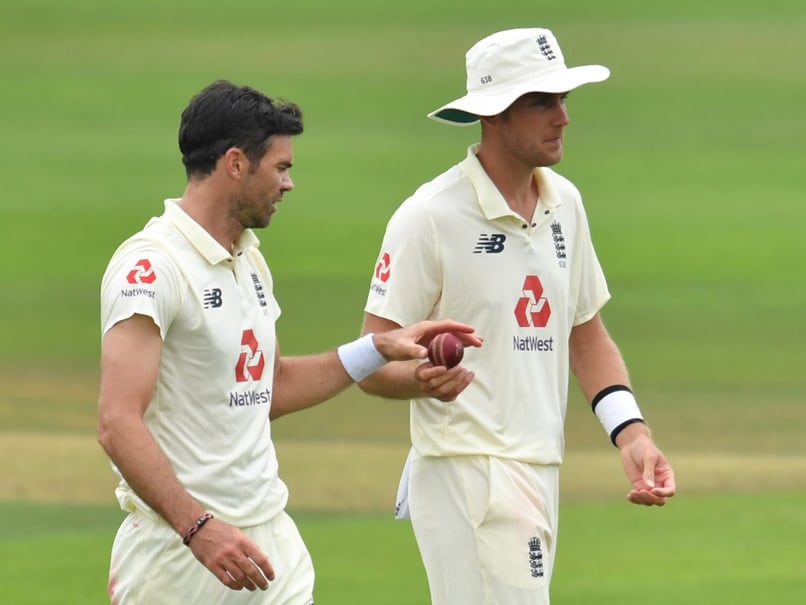 James Anderson (left) is the leading wicket-taker for England in Test cricket.© AFP

Fast bowler James Anderson has hinted that the England and Wales Cricket Board (ECB) might rotate its players a bit more in the upcoming five-match Test series against India. However, the pacer also said that he would like to play all seven Tests this summer (two against New Zealand and then five against India), but it would not be realistic. He also said that he would love to share the new ball with his partner-in-crime Stuart Broad.  "I don't feel like I've played that many games. My body doesn't feel old or tired, it's just incredible. Yes. I'd love to play all seven Tests this summer," ESPNcricinfo quoted Anderson as saying.

"There are five Tests against India after these two Tests against New Zealand, and then the Ashes after that. So we want to start this summer well.

"So hopefully, if we do pick our strongest team we [Anderson and Broad] would like to think that we're both in that. And we'd love to share the new ball together, yes.

"Stuart and I have sent a few texts to each other saying it'd be nice if we did get to play together. Obviously, it's completely down to the coach and captain. But I think, from the team's point of view, we want to get some momentum going into a big summer.

"The rotation in the winter was completely understandable with the amount of cricket we had and the amount of time in bubbles that we were spending. It's going to be slightly different this summer," he added.

Anderson, who would be turning 39 this year, has taken 614 scalps from 160 matches. He is on the verge of becoming England's most capped Test player.

"If everything goes well, I think it will start to get relaxed. We won't be in the sort of bubble life that we've experienced in the last 12 months. So there might be not as much reason to rest people. I know it's probably not that realistic to play all seven Tests. Especially with the depth we have in the bowling group, it makes sense to keep everyone fresh," said Anderson.

"So it's just a case of managing workloads. If I played the first Test and bowled 20 overs, then obviously I'd want to play in the second Test.

"But if it's a game where I bowled 50 overs, then you'd obviously review that. So yes, I'd love to play this first two. I know they're back to back, but there is a bit of a break after them.

"The five Tests against India might be a different story with back-to-backs in quite quick succession. That might be where people get rotated a bit more," he added.

England's rotation policy had come under severe scrutiny earlier this year when the management decided to rest its players in the high-voltage four-match Test series against India.

James Anderson Cricket
Get the latest updates on IPL Auction 2023 and check out  IPL 2023 and Live Cricket Score. Like us on Facebook or follow us on Twitter for more sports updates. You can also download the NDTV Cricket app for Android or iOS.