Left-arm quick Neil Wagner said that New Zealand's WTC Final clash against India in Southampton will be like a World Cup Final for him. 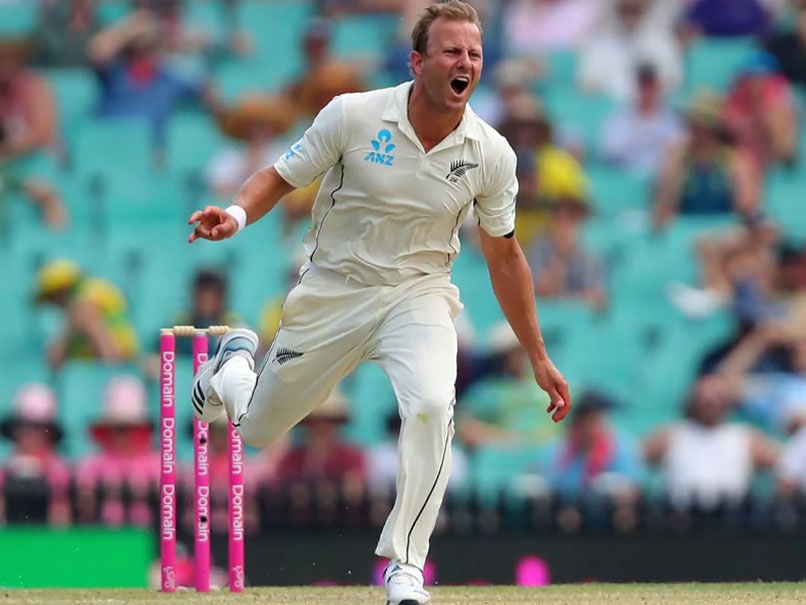 New Zealand pacer Neil Wagner has said that the World Test Championship (WTC) final would just be like playing the finals of the World Cup. New Zealand and India will face each other in the finals of the WTC, beginning June 18 at the Ageas Bowl in Southampton. Before that, New Zealand will also play two-match Test series against England, beginning June 2 at Lord's. "Yeah, it is like a World Cup final for me. The biggest disappointment, I guess, in my career is that I've never really played a white-ball game for New Zealand or never been able to crack into the T20 or the one-day game," ESPNcricinfo quoted Wagner as saying.

"That ship has probably sailed now and I don't think the opportunity will ever come. For me now, it's about putting all my focus and energy into Test cricket and to be able to play in a World Test Championship final is like a World Cup for me," Wagner added.

"I know this final is the first and there isn't a lot of history around it, but it's the start of something that's pretty big," Wagner said.

"It's extremely exciting, but I don't want to think too far ahead. Don't want to let the occasion get to you, just treat it like another Test match and do the same things you do. It's definitely going to be a special occasion. That's for sure," he added.

After the UK tour, New Zealand wicketkeeper-batsman BJ Watling would be retiring from all forms of cricket.

Talking about Watling, Wagner said: "He's a top man and will be sorely missed in this team. He's the glue and the gel of the team and has been around for a long time now," he added.

"I've always appreciated his honesty. He's one of the guys who puts me back in line if need be, but will also encourage you and pick you up on the tough days," Wagner said.

"He's always been there for me, whether for plans or ideas. No matter how tired he is, he will sprint from the keeping side, run all the way to your mark to have a chat with you with a couple of plans," he revealed.

"He's been a class performer for this team and he's always seen to be the guy that has done the nitty-gritty sort of stuff well and encourages people like myself and everyone around the team," Wagner concluded.

"The Indian Men's team will arrive in the UK on 3 June 2021 via a charter flight and carrying evidence of a negative PCR Test," ICC said in an official release.

Prior to travelling, the party will have spent 14 days in a bio-secure environment in India during which regular testing will have taken place.

Upon landing, they will proceed directly to the on-site hotel at the Hampshire Bowl where they will be tested again before commencing a period of managed isolation.

Regular tests will be conducted during the period of isolation.

Players' activity will be allowed in a gradually increasing manner after each round of negative testing, moving from exercise in isolation to small group and then larger squad activity, whilst always remaining within the bio-secure venue.

The New Zealand team is already in the UK ahead of their bilateral series against England and the team will transition from the ECB bio-secure environment into the World Test Championship Final bubble on June 15 and will be subject to regular testing prior to and post-arrival in Southampton.

India Cricket Team Neil Wagner Cricket
Get the latest updates on ICC Women's Cricket World Cup 2022 and IPL 2022, check out the Schedule , Live Score and IPL Points Table. Like us on Facebook or follow us on Twitter for more sports updates. You can also download the NDTV Cricket app for Android or iOS.