England vs New Zealand: New Zealand have the World Test Championship final to play for, but said their two Tests against England are not just going to be warm-up games. 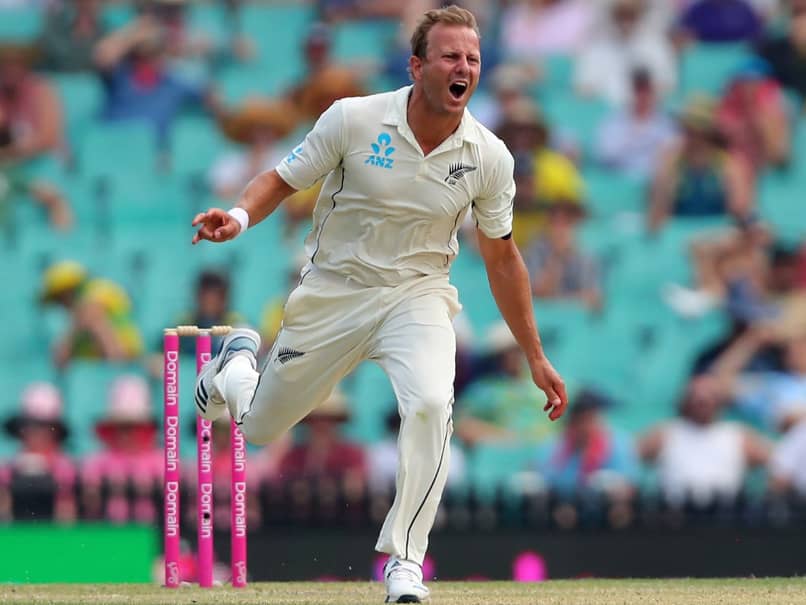 Neil Wagner was happy with the preparation the New Zealand team go before the England Tests.© AFP

New Zealand pacer Neil Wagner on Monday said that the two upcoming Test matches against England would not be a warm-up for the World Test Championship (WTC) final against India. England and New Zealand are set to lock horns in two Tests, beginning June 2. The majority of the Kiwi Test contingent touched down in London on Sunday afternoon (UK time) after flying from Auckland via Singapore. Tim Southee, BJ Watling, Ross Taylor, and Wagner departed from Auckland on Monday afternoon (NZ time) to join the squad in Southampton.

"We're not going to treat these two Test matches against England just as warm-ups for the WTC final. I know for a fact we're going to get out there and pride ourselves the way we've been playing Test cricket and we want to win Test matches for New Zealand," ESPNcricinfo quoted Wagner as saying.

"It's been quite nice, it's obviously got different characteristics to the Kookaburra. The way we've been training for the last while is something we didn't always have in the past, having the facilities and having a marquee up and getting a number of trainings in before going to England. On tours in the past you rock up there and you've only got a couple of trainings and maybe one head out with the Dukes ball before the first Test and with that you can find yourself a little bit behind," he added.

Talking about the preparation of his side before the UK tour, Wagner said: "But having had those little bit of trainings leading into it has been quite beneficial, just because it's a little bit different, and obviously adapting to it. It's been really good preparation and everybody is excited bowling with it."

"Sometimes you have to control all that because there's a high expectation of the ball doing a lot and moving around but sometimes you can get there and it can be quite flat and slow as well. The nice thing about it is we've got a wealth of experience and the guys have been there before so we can feed off each other and bounce ideas off each other as well," he added.

The first Test between England and New Zealand will be played at Lord's. Talking about playing at the Mecca of Cricket, Wagner said: "The nice thing is that the nerves and the unknowns are away, I've played at Lord's couple of times now. I've played one Test there in 2013 and a couple of county games too, so it's nice to get there when things feel familiar."

"Sometimes you can get there and get a little but starstruck with the whole experience and everything because you grow up as a kid wanting to be there and all those sort of things. Having been there and played on those grounds, we've been around those conditions so it's nice to go there and hit the ground running, knowing what to expect," he added.

Kiwi players and support staff were transferred from London Heathrow airport to the Ageas Bowl in Southampton where they will be based for the first two weeks of the tour.

England Cricket Team Neil Wagner Cricket
Get the latest updates on IPL 2021, IPL Points Table , IPL Schedule 2021 , live score . Like us on Facebook or follow us on Twitter for more sports updates. You can also download the NDTV Cricket app for Android or iOS.