James Anderson dismissed Pakistan captain Azhar Ali to get to 600 Test wickets, a landmark no other fast bowler had reached before. 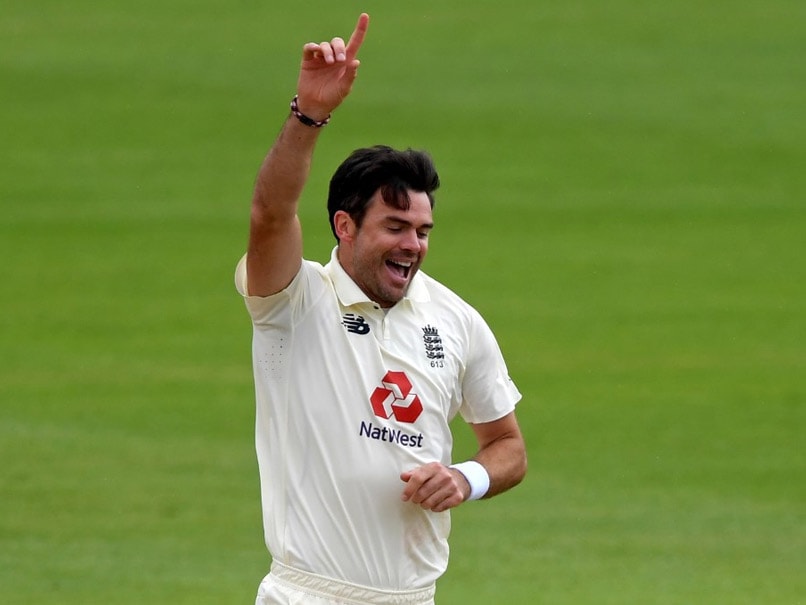 James Anderson became the fourth bowler to get to 600 wickets in Tests.© AFP

England's James Anderson became the first fast bowler to take 600 Test wickets when he dismissed Pakistan's captain Azhar Ali on the fifth day of the third and final Test between the two teams at The Ageas Bowl, Southampton. Anderson had taken a five-wicket haul in Pakistan's first innings, and he returned in their second innings to pick Abid Ali and Azhar after the visitors were made to follow on. Only Muttiah Muralitharan, Shane Warne and Anil Kumble had previously broken the 600-wicket barrier in the longest format of the game, making Anderson just the fourth player with 600 or more Test scalps.

He becomes the first fast bowler to ever reach the mark!#ENGvPAK pic.twitter.com/QCaEzxm4NS

Anderson, who made his Test debut in 2003 against Zimbabwe, had become the highest wicket-taker among seamers in 2018, when he dismissed Mohammed Shami against India at The Oval to go past Glenn McGrath's tally of 563 Test wickets.

After a disappointing start in the first Test of the series, there were talks of the veteran pacer announcing his retirement – a rumour that he was quick to rubbish.

With captain Joe Root also backing him to shine, he picked up three wickets in the second Test as Pakistan crumbled for 236 after winning the toss and choosing to bat. Rain and bad light meant the match ended in a draw with both teams playing just one innings each.

In the third Test, after Zak Crawley converted his maiden international century into a double and Jos Buttler scored his second Test ton to give England an imposing first-innings total, Anderson ripped through Pakistan's top order, claiming the first four wickets.

After a fighting knock from Azhar Ali – who found solid support in Mohammad Rizwan – kept England at bay for a while, Anderson came back remove Naseem Shah to wrap the innings up and take his 29th five-wicket haul.

James Anderson Cricket
Get the latest updates on SA vs IND 2021-22, check out the Schedule and Live Score . Like us on Facebook or follow us on Twitter for more sports updates. You can also download the NDTV Cricket app for Android or iOS.