Pakistan captain Azhar Ali led from the front with a brilliant undefeated 141 but England still enforced the follow-on at Southampton on Sunday as James Anderson was left frustratingly short of becoming the first paceman to take 600 Test wickets. 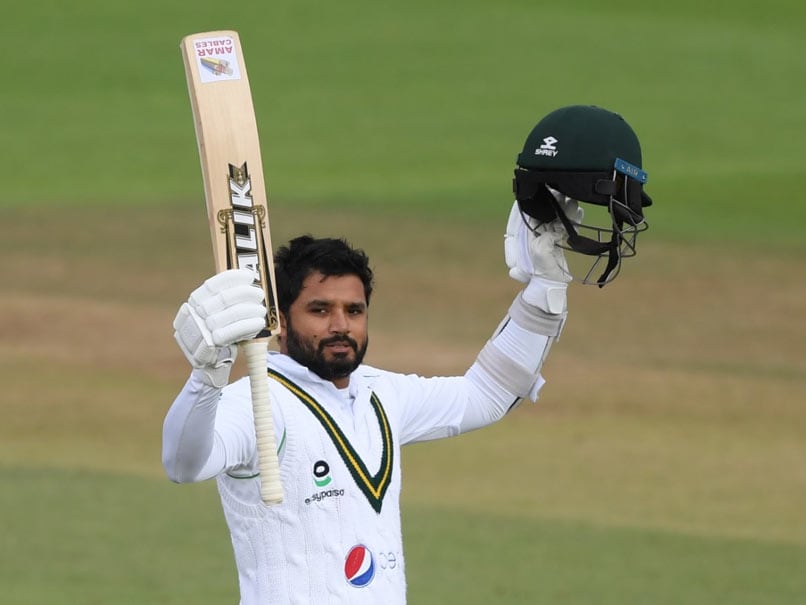 Azhar Ali scored an unbeaten hundred on Day three of the third Test against England.© AFP

Pakistan captain Azhar Ali led from the front with a brilliant undefeated 141 but England still enforced the follow-on at Southampton on Sunday as James Anderson was left frustratingly short of becoming the first paceman to take 600 Test wickets. Pakistan were dismissed for 273, a huge 310 runs behind England's imposing 583-8 declared, on the third day of the third Test. Anderson took 5-56 in 23 overs -- his 29th five-wicket haul in Tests -- as the hosts, 1-0 up in a three-match contest, pressed for their first series win over Pakistan in a decade. That left Anderson with 598 wickets but he would have had more had not three catches been dropped off the 38-year-old's bowling with the new ball.

After England captain Joe Root had enforced the follow-on, the umpires decided the fading light was unsafe for Pakistan to start their second innings even though the Ageas Bowl floodlights were on.

Pakistan had been in dire straits at 75-5.

But Azhar, who'd managed just 38 runs in three previous innings this series, shared a stand of 138 with wicketkeeper Mohammad Rizwan (53)

England thought they had Azhar, on 21, caught behind off a fearsome 91 mph ball from fast bowler Jofra Archer that rose steeply but a review revealed the ball had brushed the batsman's shoulder.

There was no need for technology when Fawad Alam, whose near 11-year wait for a Test recall ended with a four-ball duck in the drawn second Test at Southampton, fell for 21.

The left-hander, a distinctive figure thanks to his open stance, lunged forward to off-spinner Dom Bess and wicketkeeper Jos Buttler held a good catch off the shoulder of the bat.

It was a heartening wicket for Bess in a season where conditions had favoured the quicks and a much-needed dismissal for Buttler, fresh from 152 -- just his second Test century -- on Saturday after some poor displays behind the stumps.

Pakistan were now 75-5 but Azhar, working hard to avoid falling lbw again, completed his 17th century in 81 Tests when he cover-drove Bess for a 15th four in 205 balls.

Rizwan's fine innings ended when he was well caught on 53 down the legside by opposite number Buttler.

England, in fading light but with the floodligts on full beam, then dropped three catches to Anderson's despair.

Rory Burns grassed a rouine chance when Azhar on 116 edged a drive before fourth slip Zak Crawleyfloored Mohammad Abbas when the No 10 was on nought.

It was the first major mistake by Crawley in a match where he'd scored 267 -- his maiden Test century -- and shared an England fifth-wicket record partnership of 359 with Buttler.

Broad, in response to dropped a simple chance from Mohammad Abbas at mid-on, off Anderson, threw the ball in frustration at the stumps and ran out the tailender.

The run of dropped catches off Anderson's bowling ended when he had last man Naseem Shah taken in the slips by Dom Sibley.

James Anderson Cricket England vs Pakistan, 3rd Test
Get the latest updates on ICC T20 Worldcup 2022, check out the Schedule and Live Score. Like us on Facebook or follow us on Twitter for more sports updates. You can also download the NDTV Cricket app for Android or iOS.