It Will Be An Interesting Time When David Warner Writes A Book, Says Stuart Broad After Fresh "Sandpapergate" Revelations

In the wake of fresh revelations by Cameron Bancroft on the ball-tampering controversy from 2018 and David Warner's manager's comments that the handling of the issue was "a joke", Stuart Broad said it will be interesting to see what Warner says if and when he writes a book. 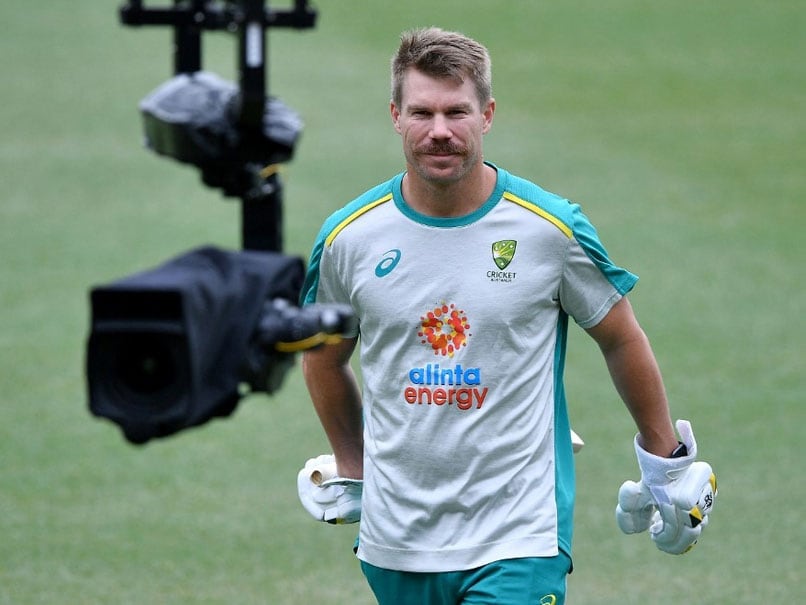 David Warner served a one-year ban for his involvement in ball-tampering episode in 2018.© AFP

England pacer Stuart Broad has said that it would be interesting to see if David Warner decides to write a book on his career and if he includes the ball-tampering episode from 2018 in it once he stops playing cricket. Ever since Cameron Bancroft revealed that more than three people in the team could have had knowledge about ball-tampering plans during the Cape Town Test against South Africa in 2018, the fiasco has once again become a talking point in the cricketing world.

"I've obviously never bowled within the Australian bowling attack but I can talk about how, in an England Test team, if I miss the seam by four millimetres, Jimmy Anderson is on me," ESPNcricinfo quoted Broad as saying.

"He'll be saying why has this ball got a mark on it here? It's because you've missed the seam! Start hitting the seam, will you?

Further elaborating on his point, Broad said: "So as an England team, we are aware if we're trying to get the ball reversing every player has to buy into that or it will stop it.

"There's no doubt the Aussies would have been hoping this episode was signed sealed and delivered. It was an incredibly tough thing for those three players to go through. I can't see it still being a conversation when the Ashes start in November, December, but I can see it being sung in the Barmy Army stands if they're allowed."

"I have seen a couple of comments from David Warner's agent, too, and I think it will be an interesting time when he stops playing for Australia and writes a book," he added.

Cricket Australia's (CA) Integrity Team has reached out to Bancroft to see if he has more information to give on the issue.

Sources within Cricket Australia confirmed to ANI that the Integrity Team has indeed reached out to Bancroft and currently they are waiting to hear from him.

"The Integrity Team has reached out to Cameron Bancroft today to see if he has some new information on the issue," the source said.

"Yeah, look, all I wanted to do was to be responsible and accountable for my own actions and part. Yeah, obviously what I did benefits bowlers, and the awareness around that, probably, is self-explanatory," Bancroft said to the Guardian interviewer Donald McRae as reported by ESPNcricinfo.

When he was further pressed on whether any of his teammates knew about the ball-tampering plan, Bancroft replied: "Uh... yeah, look, I think, yeah, I think it's pretty probably self-explanatory."

In March 2018, Bancroft was caught on camera trying to change the condition of the ball using sandpaper in a Test match against South Africa in Cape Town.

The incident later went on to be labelled as the ''Sandpapergate'' and is considered as one of the darkest moments in the history of Australian cricket.

Stuart Broad Cricket
Get the latest updates on ICC T20 Worldcup 2022 and CWG 2022 check out the Schedule, Live Score and Medals Tally. Like us on Facebook or follow us on Twitter for more sports updates. You can also download the NDTV Cricket app for Android or iOS.