Michael Vaughan believes that everyone should move on from the Sandpaper Gate ball-tampering scandal in 2018 that resulted in bans being slapped on three Australian players. 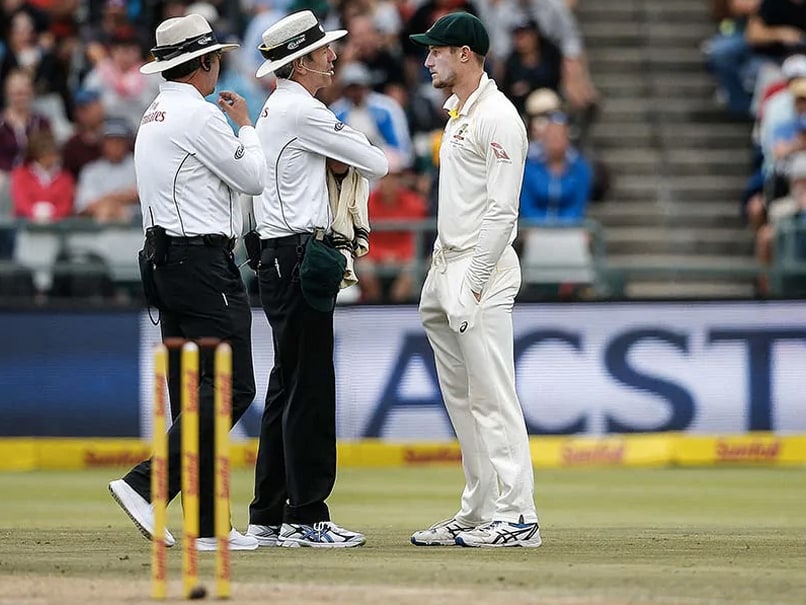 Cameron Bancroft was caught live on camera trying to change the condition of the ball using sandpaper.© AFP

Michael Vaughan, former England captain, stated that the Australian bowlers might have potentially known about the condition of the ball during the infamous 2018 Cape Town Test against South Africa but he added that it was time to "move on" from the Sandpaper Gate scandal as it was put to rest. "So the bowlers potentially knew about the ball in Cape Town !!! Of course they did but surely that episode has been put to bed a long time ago ... Let's move on ... #OnOn," he tweeted.

So the bowlers potentially knew about the ball in Cape Town !!! Of course they did but surely that episode has been put to bed a long time ago ... Let's move on ... #OnOn

Vaughan's comments evoked mixed reactions from the fans. Some welcomed his suggestion to move on as the scandal was a thing of the past while others put a scrutiny on the bowlers having the knowledge of the fiasco.

The rest responded by putting Cricket Australia in focus.

More would know probably. Warner stopped being in charge of ball maintenance suddenly. The actual event was so clumsy and ill conceived it bordered on pathetic. Umpires didn't even see evidence of tampering on the ball right? The act in trying was enough and punishment ensured.

Love how your views divide people Michael . I totally agree with this one let's move on now . I'm an Englishman but the reaction over all this was over the top at the time so let's not dig it up again .

Nonsense. This shows CA took the easy option & effectively turned a blind eye to collective cheating thus leaving scope for it to continue.

Cameron Bancroft, one of the three probable Australian cricketers to have orchestrated the scandal, recently revealed that more than three people might have had knowledge about the Sandpaper Gate.

Bancroft stated in an interview that his misdemeanours on the day directly put bowlers in an advantageous position and therefore their awareness about the ball-tampering was probably "self-explanatory".

The cricketing world was shaken in March 2018, when the Australian trio of Bancroft, Steve Smith and David Warner were caught trying to change the condition of the ball live on the camera during the Cape Town Test against South Africa.

The incident was labelled as the 'Sandpaper Gate' scandal.

Steven Smith Michael Vaughan Cricket
Get the latest updates on ICC T20 Worldcup 2022 and CWG 2022 check out the Schedule, Live Score and Medals Tally. Like us on Facebook or follow us on Twitter for more sports updates. You can also download the NDTV Cricket app for Android or iOS.