Cameron Bancroft said that since his actions in the ball-tampering episode from Australia's 2018 tour of South Africa benefitted the bowlers, their awareness about it is "self-explanatory". 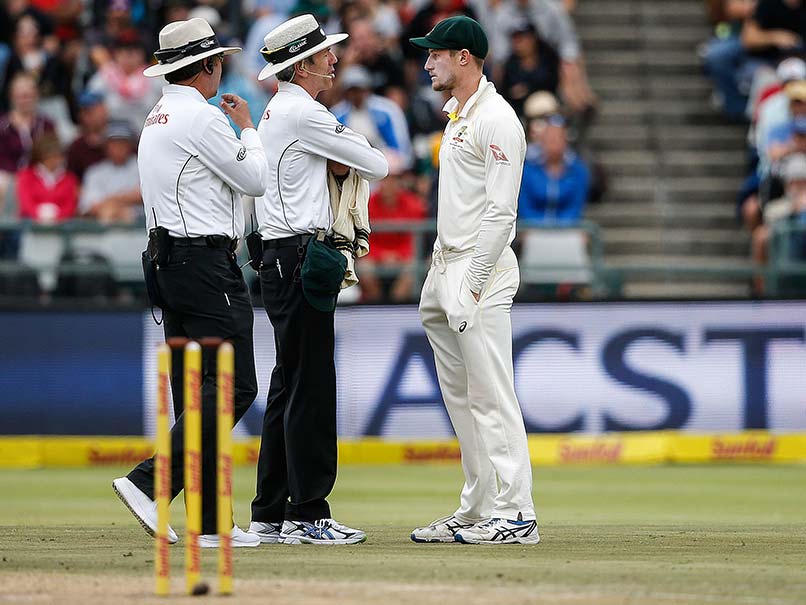 Cameron Bancroft was caught on camera slipping sandpaper down his trousers in 2018 Cape Town Test.© AFP

The ignominy of the ball-tampering scandal of 2018 left three Australian cricketers - David Warner, Steve Smith and Cameron Bancroft - in the firing line but the youngest of the lot, Bancroft, has now said that it's "self-explanatory" whether the bowlers playing that Newlands Test against South Africa were aware of what was happening. While all three cricketers were handed lengthy bans by Cricket Australia, no other player had admitted to having had knowledge about the misdemeanours on the day.

However, Bancroft told The Guardian in an interview that since his actions directly benefitted the bowlers, their awareness about the ball-tampering is "self-explanatory".

"Yeah, look, all I wanted to do was to be responsible and accountable for my own actions and part. Yeah, obviously what I did benefits bowlers and the awareness around that, probably, is self-explanatory," Bancroft told The Guardian when asked whether some of the bowlers knew about the tactics at play.

On day three of the third Test of the four-match series, Bancroft was caught on camera using a sandpaper to alter the condition of the ball. After realising he had been caught red-handed, Bancroft slid the sandpaper inside his trousers.

After the day's play, Bancroft and then Australia captain Steve Smith admitted at a press conference that Australia had planned the move and that Warner too had advance knowledge about it. This invited scathing criticism from all corners but especially from Australia.

More than three years on from that episode, Bancroft admits having gained from the experience.

He said the pressure that comes with playing for Australia and his desire to represent the country made him forget his values.

"I invested too much to the point where I lost control of my values. What had become important to me was being liked, being well valued, feeling really important to my teammates, like I was contributing something by using sandpaper on a cricket ball," he said.

"That's something I don't think I even understood until that mistake happened. But it's part of the journey and a hard lesson I needed to learn."