India A recorded a two-wicket victory over South Africa A in the second one-day to take a 2-0 lead in the five-match series. 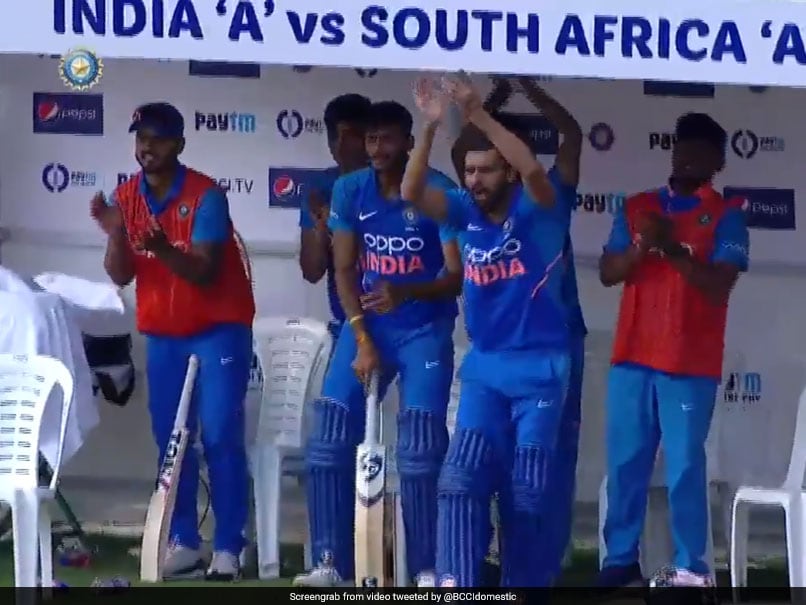 India A won the match with an over to spare.© Twitter

Ishan Kishan smashed a 24-ball 55 as India A recorded a two-wicket victory over South Africa A in the second one-day on Saturday to take a 2-0 lead in the five-match series. Chasing 163 for victory in a shortened 21-over game, Kishan bludgeoned five fours and four sixes in his whirlwind knock after India A were 57/3 at one stage, losing Ruturaj Gaikwad (1), Anmolpreet Singh (30) and Shubman Gill (21) by the ninth over. India A won with an over to spare despite Kishan falling in the 15th over to Anrich Nortje as all-rounder Krunal Pandya (23 not out off 15 balls) took the team home. India scored 163/8 in 20 overs.

For South Africa A, pacer Junior Dala was the pick of the bowlers with two wickets.

Earlier, George Linde's 25-ball unbeaten 52 helped the Proteas reach 162/5 in 21 overs after India A skipper Manish Pandey elected to field first. Linde hit five sixes and one four and joined hands with stumper Heinrich Klaasen (31) as they did not let the Indian bowlers get a grip of things.

Skipper Temba Bavuma had set the tone with a 33-ball 40 before Yuzvendra Chahal sent him packing.

Shivam Dube, who top-scored in the first game, was left out for pacer Shardul Thakur.