Shikhar Dhawan To Play For India A, Vijay Shankar Ruled Out Due To Injury

Shikhar Dhawan has been added to the India A squad for the fourth and fifth one-day against South Africa A. 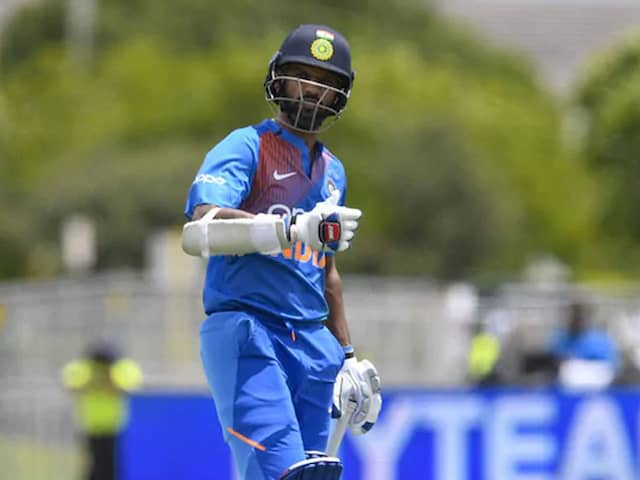 Shikhar Dhawan failed to impress with the bat on his return to international cricket.© AFP

Shikhar Dhawan has been included in India's A side for the last two unofficial One-Day matches against South Africa A. The 33-year-old failed to impress with the bat against the West Indies in the limited-overs leg of the ongoing tour. Dhawan, who came back into the Indian team after an injury he sustained during the World Cup, scored 65 runs in five innings he played in the West Indies. The left-hander featured in three T20 Internationals and two One-Day Internationals on the tour. In the series against South Africa A, India A won the first unofficial One-Day by 69 runs as Yuzvendra Chahal picked up a five-wicket haul in the match.

"The All-India Senior Selection Committee on Friday decided to add Mr Shikhar Dhawan to India A squad for the fourth and fifth one-day against South Africa A," the BCCI said in a release.

However, it was another setback for Tamil Nadu all-rounder Vijay Shankar, who is now out of the 'A' series with a thumb injury.

"Vijay Shankar has been ruled out of the series owing to an injury to his right thumb," the press release stated.

Shankar was forced to leave the World Cup campaign midway when he sustained a toe injury due to a yorker bowled by Jasprit Bumrah in the nets.

He recently made a comeback in the Tamil Nadu Premier League (TNPL) and was included for the A series. However, this injury again pegs him back and with Mumbai's Shivam Dube showing more quality with the willow, it may be a tricky road for the Chennai all-rounder to regain his place in the top-grade.

Vijay Shankar Cricket
Get the latest Cricket news, check out the India cricket schedule, Cricket live score . Like us on Facebook or follow us on Twitter for more sports updates. You can also download the NDTV Cricket app for Android or iOS.