Paul Stirling's maiden T20I century guided Ireland to a 40-run victory against Zimbabwe in the third game of their five-match T20I series. 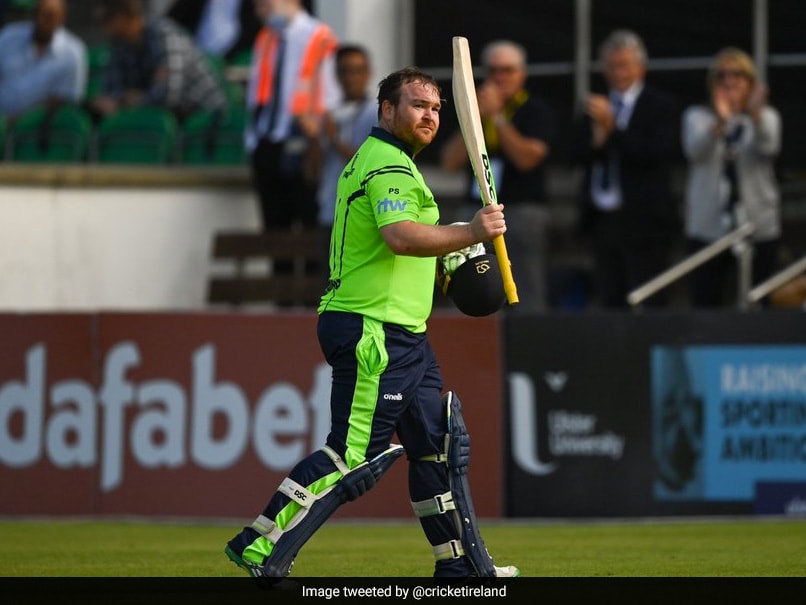 Paul Stirling's maiden Twenty20 international century inspired Ireland's 40-run win against Zimbabwe as the hosts moved 2-1 up in their five-match series on Wednesday. Ireland opener Stirling hit 115 not out in his team's total of 178 for two. His 75-ball knock featured eight fours and eight sixes. Zimbabwe were dismissed for 138 to give Ireland a convincing victory. Stirling reached his fifty at a strike rate of only just better than a run-a-ball, but moved through the gears during the final few overs.

He motored from 52 off 47 to his century in the space of 23 balls, with three maximums off a Tendai Chatara over costing 25 runs bringing up his three figures.

In the process, Stirling became only the second player after Kevin O'Brien to score a hundred for Ireland in the format having previously been dismissed twice in the 90s.

Zimbabwe lost early wickets in their chase as Mark Adair took three for 11.

The tourists were all out with 10 balls of their innings left despite the best efforts of captain Craig Ervine, who top-scored with 33.

The two sides will meet again in Bready for the fourth match of the series on Thursday.

Paul Stirling Cricket
Get the latest updates on ICC Women's Cricket World Cup 2022 and IPL 2022, check out the Schedule , Live Score and IPL Points Table. Like us on Facebook or follow us on Twitter for more sports updates. You can also download the NDTV Cricket app for Android or iOS.