Paul Stirling hit 61 off 36 balls to lead the Southern Brave to the inaugural men's title of The Hundred with a 32-run win over Birmingham Phoenix. 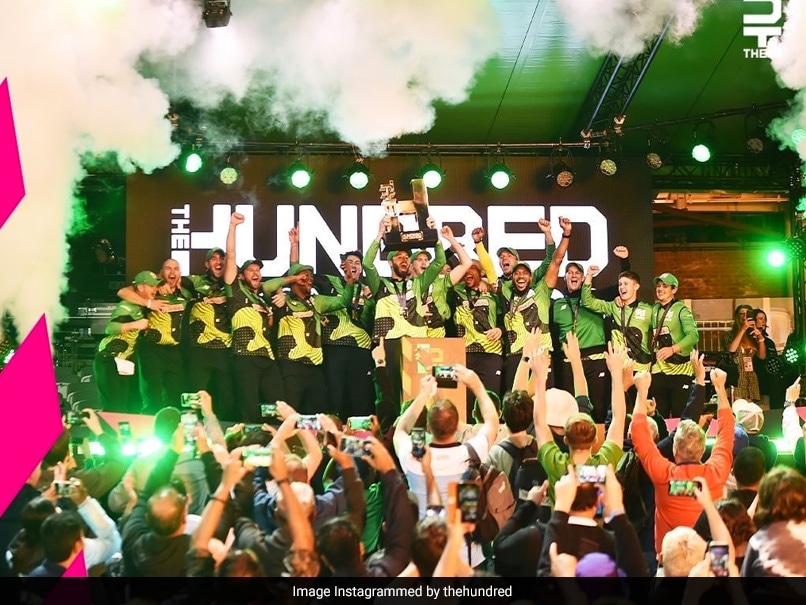 Paul Stirling clattered six sixes in an entertaining 61 off 36 balls to lead the Southern Brave to the inaugural men's title of The Hundred with a 32-run victory over Birmingham Phoenix at Lord's. The Irishman's half-century was complemented by an unbeaten 44 off 19 balls from Ross Whiteley to set an imposing total of 169. The Phoenix threatened to chase that down as England international Liam Livingstone smashed 46 off 19 balls until he was brilliantly run out by Tim David.

Livingstone hit four fours and four sixes before being caught out by a direct hit by David from out close to the boundary.

"To get a direct hit is probably the only way you can get Livie out at the moment," said Brave captain James Vince.

"In big games you need bits and pieces like that to go your way."

The Brave started the new format of 100 balls per side with two defeats, but five straight wins saw them qualify for Friday's eliminator where they thrashed Trent Rockets to reach the final.

"We manged to turn it around in a short competition," added Vince.

"I think the whole way through the tournament the atmosphere in the grounds has been fantastic. Tonight a final at Lord's, on a Saturday night, it doesn't get much better."

Phoenix captain Moeen Ali followed shortly after Livingstone for 36 off 30 and the chase never recovered against the Brave's collection of fast bowlers.

"We felt at the end they got 15, 20 runs too many," said Moeen. "I think in all three aspects they were better than us tonight, but as long as Livie was there we had a chance. I thought he was unbelievable tonight."

Earlier, the Oval Invincibles won the women's tournament following a collapse from the Southern Brave who were bowled out for 73, the lowest score of the competition.

The Invincibles triumphed by 48 runs, with Brave slumping to 14 for six at one point as they chased 122 for victory.

The Brave had gone into the final as favourites after topping the league with seven wins and just one defeat, but never got going in their run chase after losing three wickets in the first 10 balls of their innings.

The Invincibles had earlier made 121 for six, Dane Van Niekerk (26) and Fran Wilson (25) compiling a partnership of 56 following the early loss of Georgia Adams.

Kapp hit four boundaries in her quickfire 26 before falling to Fi Morris and Alice Capsey struck 18 from 12 as the Invincibles set a target which proved far too tough for Brave to match.

Paul Stirling
Get the latest updates on IND vs NZ 2021, check out the Schedule and Live Score . Like us on Facebook or follow us on Twitter for more sports updates. You can also download the NDTV Cricket app for Android or iOS.