India Women vs Pakistan Women, Asia Cup Highlights: Pakistan beat India by 13 runs on the back of a fine half-century by Nida Dar, who also picked two wickets. 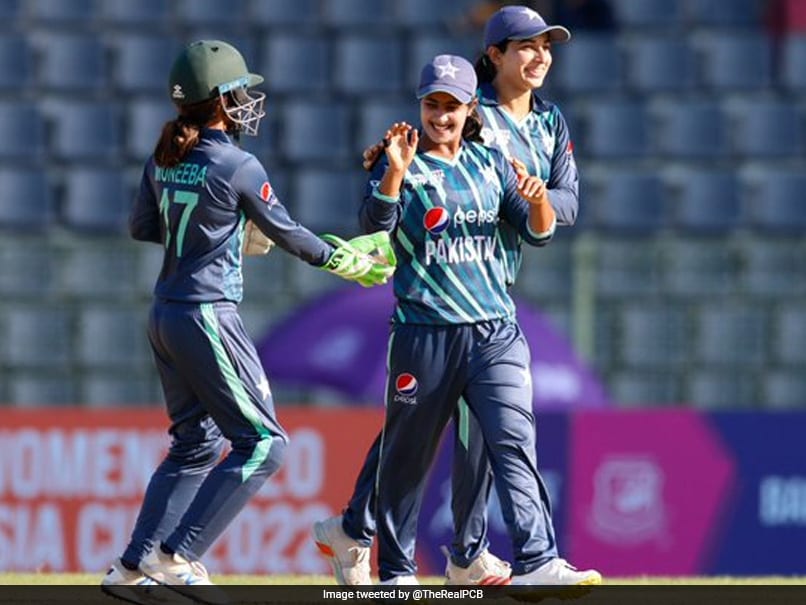 India Women vs Pakistan Women, Asia Cup 2022, Highlights: Pakistan came out on top against against India in the Women's Asia Cup to end their arch-rivals' unbeaten run in the competition. The Indian batting order crumbled and Richa Ghosh's 13-ball 26 at the back end of the chase went in vain as Pakistan bounced back in style after their defeat to Thailand. Earlier, Nida Dar hit a fine half-century to help Pakistan reach 137/6. Dar and captain Bismah Maroof had put on a partnership of 76 runs as they revived Pakistan after they lost three early wickets. Pooja Vastrakar had Sidra Ameen caught behind in the fifth over and then Deepti had Muneeba Ali stumped before trapping Omaima Sohail in front two deliveries later to put India on top early. Dar became Vastrakar's second victim when she fell for 32. Deepti Sharma also picked up a wicket in the final over to finish as India's best bowler, with figures of 3/27. (SCORECARD)