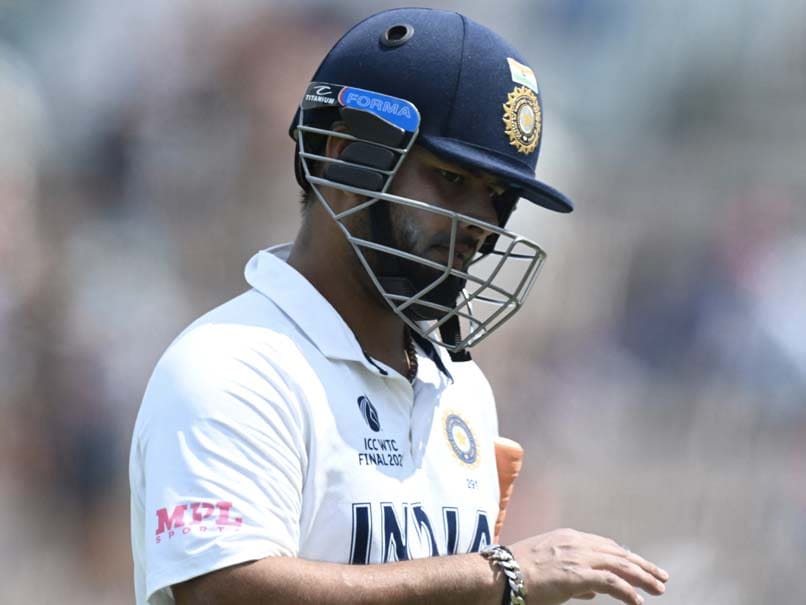 Rishabh Pant is asymptomatic and will not travel with the team to Durham for the practice game.© AFP

India's wicketkeeper-batsman Rishabh Pant has tested positive for coronavirus in England, sources told NDTV on Thursday. Pant took a Covid test eight days ago and he is asymptomatic. The wicketkeeper will not travel with the rest of the Indian squad to Durham where the team is set to play a practice match ahead of the five-match Test series against England. Pant, who took his first dose of Covid vaccine on May 13, was recently spotted with his friends at the Wembley Stadium in London during a Euro 2020 match between England and Germany.

Team India players were give a 20-day break after competing in the final of the inaugural World Test Championship final in Southampton.

Get well soon brother @RishabhPant17. Wish you a speedy recovery.

The Board of Control for Cricket in India (BCCI) vice president Rajiv Shukla said no other player has been affected by the virus.

"Yes, one player has tested positive but he has been in isolation for the last eight days. He was not staying in any hotel with the team, so no other player has been affected," BCCI Vice President Rajiv Shukla told PTI.

Team India are set to play a practice match in Durham as part of their preparations for the upcoming five-match Test series against England. The practice game will begin on July 20.

The England-India Test series is set to begin next month which will kick off the second cycle of the World Test Championship.