Prithvi Shaw smashed a 53-ball 70 to get India off to a flyer on Day 2 of the second Test vs the Windies. 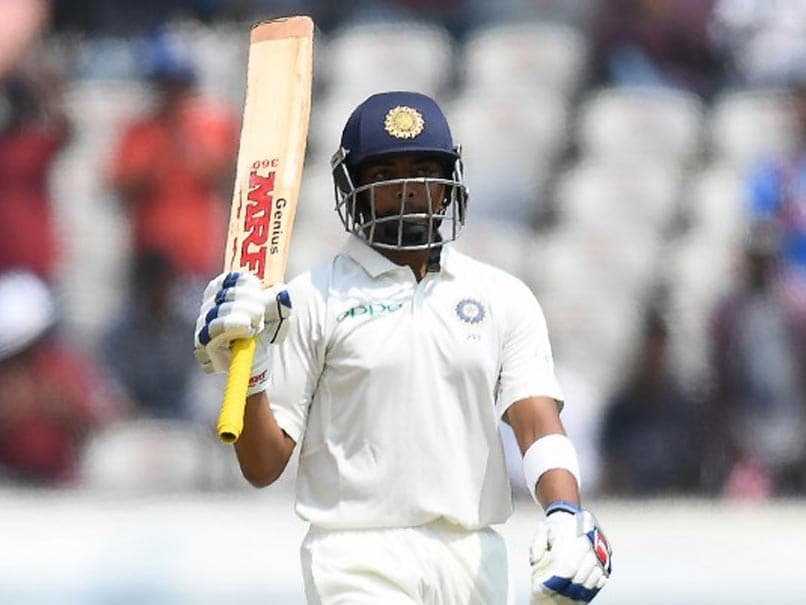 Windies all-rounder Roston Chase praised Prithvi Shaw for his attacking style of batting and said that the Indian youngster was making it easier for senior batsmen in the team. The 18-year-old, who made his debut in the 1st Test against the Windies in Rajkot, smacked a 53-ball 70 to get India off to a flyer on Day 2 of the second Test at the Rajiv Gandhi International Stadium in Hyderabad on Saturday. Shaw's innings, juxtaposed with unbeaten half-centuries from Ajinkya Rahane (75*) and Rishabh Pant (85*) put India in complete control of the second Test.

Asked about the impact of Shaw's style, Chase said, "I think they look up to him to give them that good start and the other guys, more mature guys, just come in and knock it around and look to take ones and twos."

"I just think that was their strategy, to really go hard with the young guy because that is his natural game, and make it easier for the other guys coming in after him. We tried to contain the batsmen. We set more defensive fields and tried to put more pressure back on them after they got the quick start and it paid off for us. But then, we had a few lapses in the field and that really cost it," said the in-form Windies all-rounder.

Prior to the start of the match, Chase had said that they have a plan for Shaw having worked on their mistakes from Rajkot but admitted that they failed in execution.

"As I said before, cricket is played on the field. Even though you might have plans, it might not always work, so we have to go back to the drawing board with those plans again." He was happy to get to a personal milestone as he struck his maiden century abroad.

"After the first game, I really looked at my batting in both the innings and as I said, I thought that I was trying to over-hit the ball and on these quick outfields, that's not really called for. You just need to stroke the ball into the gaps and get the ones and twos and put the bad balls away and runs will come that way.

"I really thought about that after the first game and I was pleased with my performance. I wanted to go bigger, it's never enough runs for the batsman. Umesh (Yadav) got the better of me today but I am still pleased with the century. It is my first century away from home, so it is a special one for me," said Chase, who now has two Test hundreds against India.

He was sympathetic for reserve keeper Jahmar Hamilton, who had a tough day replacing the injured Shane Dowrich.

"Not being in the game, being on the sidelines, just bringing drinks, he was not really accustomed to the pace of the game. So being rushed to come out there, I guess he wasn't really prepared mentally. It just probably gave him a quick jump.

"He was keeping in an international game for the first time as well, so probably a little nerves but I know Jahmar, he is a good 'keeper. I have played a lot of cricket with him - youth cricket, regional cricket. I know he will pick up the slack and turn it his way."

West Indies Cricket Team Prithvi Shaw Roston Chase India vs West Indies 2018 India vs West Indies, 2nd Test Cricket
Get the latest updates on ICC T20 Worldcup 2022, check out the Schedule and Live Score. Like us on Facebook or follow us on Twitter for more sports updates. You can also download the NDTV Cricket app for Android or iOS.