India vs New Zealand: VVS Laxman weighed in on all-rounder Venkatesh Iyer's selection in the Indian team for New Zealand T20I series and said he could be the best utility all-rounder and also be Hardik Pandya's back-up. 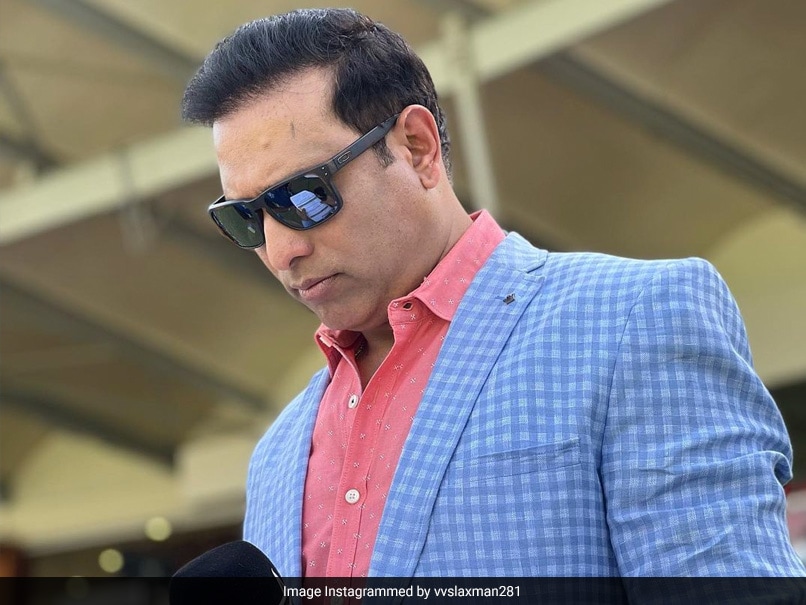 IND vs NZ: VVS Laxman weighed in on the possible all-rounder options for Team India.© Instagram

After a disappointing exit from the T20 World Cup, the Indian team is all set to take on New Zealand in the home series starting November 17. India will first play three T20Is, followed by two Test matches against the inaugural World Test champions. The Board for Control of Cricket in India (BCCI) on Tuesday announced a 16-member squad for the T20I series where Rohit Sharma was given the leadership duties and KL Rahul named as his deputy in the shortest format. The selection committee also included many new faces in the team who had performed brilliantly in the Indian Premier League (IPL) 2021. Venkatesh Iyer, Harshal Patel, Avesh Khan earned maiden call-ups for the national side while many senior players like former T20I skipper Virat Kohli, Jasprit Bumrah, Mohammed Shami, and Ravindra Jadeja were rested.

Former India batter VVS Laxman gave his opinion on the selected team and was glad to see the IPL performers in the 16-member lineup for the series against the Blackcaps.

Laxman welcomed the selection of pacers Harshal Patel and Avesh Khan in the national squad by saying that the next year's T20 World Cup would be played on the bouncy Australian pitches.

Harshal Patel had bagged the Purple Cap in IPL 2021 where his team Royal Challengers Bangalore (RCB) finished fourth. The right-arm pacer picked 32 wickets in the season, that is joint-most by any bowler in an IPL season. Avesh Khan was second in the Purple Cap list with his 24 wickets for Delhi Capitals (DC), who finished third.

"I think they have rewarded the players who have done well in the IPL, which is the way forward keeping in mind that the World Cup is going to happen in Australia in one year's time. I think it is an excellent squad, not only in the batting department but also in the fast-bowling unit as well. There is Harshal Patel who is excellent in the death overs... there is Avesh Khan who has got express pace," Laxman said on Star Sports.

Laxman also weighed in on all-rounder Venkatesh Iyer's selection who had an impressive second half of IPL 2021. The former Hyderabad batter said Iyer could be the best utility all-rounder and a back-up for Hardik Pandya.

Iyer scored 370 runs in 10 matches while opening the innings for runners-up Kolkata Knight Riders (KKR). However, Laxman pointed out that Iyer could be made to bat in the middle-order since Rohit, Rahul and Ishan Kishan lead the race for the opening slots.

"I just want someone like Venkatesh Iyer to bat out of his position. India have got five openers in that squad and you know that Ishan Kishan, KL Rahul and Rohit Sharma are your front-runners for that spot. So, Venkatesh Iyer needs to fit but not in the top order," added Laxman.

"You want him to bat at No. 5 or No. 6, and also chip in with the bowling, probably a couple of overs or more and make him get used to that position. He could be the back-up to Hardik Pandya. You can develop Venkatesh Iyer as a utility all-rounder," Laxman further said.

Hardik Pandya Venkatesh Iyer ICC T20 World Cup 2021 Cricket
Get the latest updates on ICC T20 Worldcup 2022 and CWG 2022 check out the Schedule, Live Score and Medals Tally. Like us on Facebook or follow us on Twitter for more sports updates. You can also download the NDTV Cricket app for Android or iOS.