Hardik Pandya registered figures of 1/26 and scored 24 off 12 in the first T20I against Ireland on Sunday. 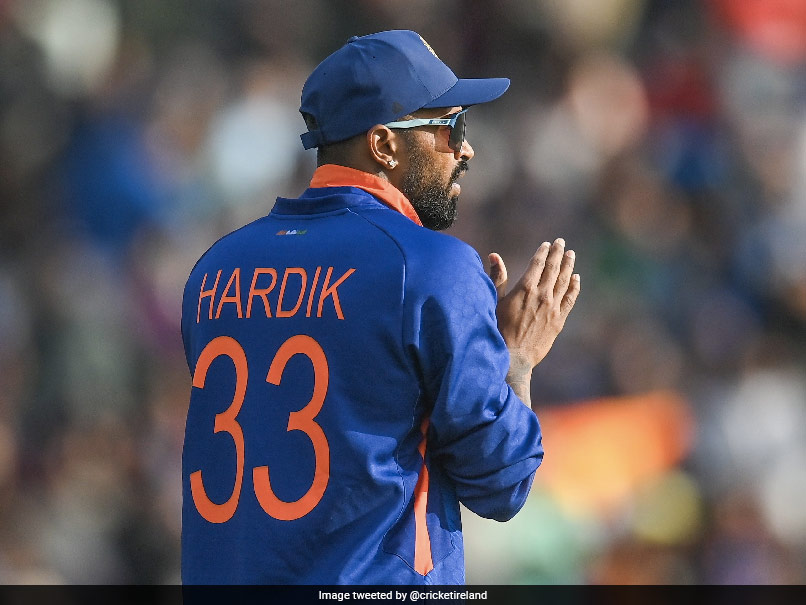 Hardik Pandya on Sunday led the Indian team to a seven-wicket win over Ireland in the first match of the two-match series between the sides in Dublin. This was the first time Hardik Pandya was captaining the Indian team. The all-rounder made the moment further memorable by returning figures of 1/26 in his bowling and then scoring 24 off 12 with the bat. The lone dismissal Hardik effected in the game saw him becoming the first India captain to take a T20I wicket.

Talking about the match on Sunday, Ireland opted to bat first after winning the toss. Riding on Harry Tector's unbeaten 64 off 33, the hosts posted 108/4 in the rail-curtailed match that was reduced to 12 overs a side. For India, Bhuvneshwar Kumar, Hardik, Avesh Khan and Yuzvendra Chahal took a wicket each.

In return, Deepak Hooda's 47 not out off 29 balls, alongside Ishan Kishan's 26 off 11 and Hardik's 24 off 12 helped India reach home with seven wickets in hand and 16 balls to spare.

"Great to start a series with a win. For us, as a team, it's very important to start with a win. Quite happy with it," said Hardik in a post-match presentation.

"Ireland batted fantastically, had to go back to our main bowlers... Some of the shots he (Harry Tector) played were mindblowing," he added.

Hardik Pandya Ireland vs India, 1st T20I
Get the latest updates on ICC T20 Worldcup 2022 and CWG 2022 check out the Schedule, Live Score and Medals Tally. Like us on Facebook or follow us on Twitter for more sports updates. You can also download the NDTV Cricket app for Android or iOS.