In a video uploaded by the Cricket Australia on Twitter, Adam Zampa expressed his displeasure. 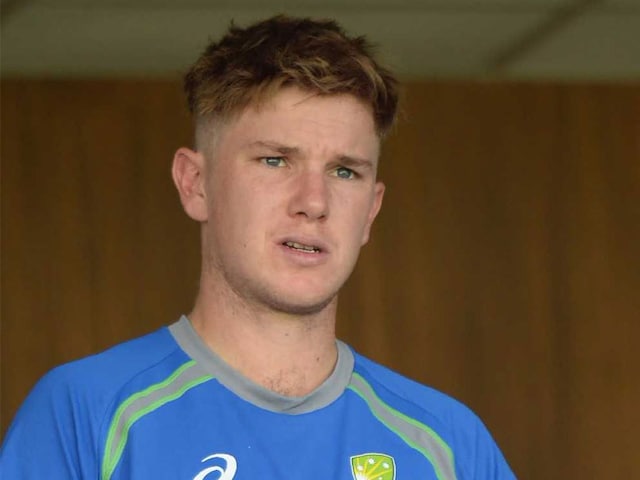 Australian wrist spinner Adam Zampa, in wake of the rock hurling episode which left the Australian players shaken up, on Wednesday dubbed the incident as 'disappointing' as no one wants those incidents to happen in cricketing fraternity. Jason Behrendorff's brilliant bowling tore through the Indian top-order that gave the visitors an upper-hand in the game as the hosts were bowled out for a paltry 118. Following which, Moises Henriques scored his second T20 half-century that helped the Aussies level the three-match T20 series 1-1.

Upset with the result of the game, some fans hurled rocks at the Australian team bus when the team was returning to the hotel.

In a video uploaded by the Cricket Australia on Twitter, Adam Zampa expressed his displeasure.

"I had my headphones on quite loud and was looking towards the other side of the bus. I just heard this loud bang. It was pretty scary for five seconds or so. Our security guard mentioned quite quickly that it might have been a rock. It was a pretty scary incident. You never want those things to happen. It was disappointing."

"I think everyone was alright. I think what happened in Bangladesh with the rock as well, no one was too rattled," Zampa recalled a similar incident which took place in Bangladesh.

"It was dealt with quite well, I think. It was just a disappointing thing to happen."

Hinting towards the popularity of the game in India which might be the reason, Zampa said, "Indian fans are so great to us which is one of the reasons why it's so hard to travel here. They're so loud, they love cricket and they're so passionate about it. So one person to spoil that is disappointing. Guwahati doesn't get much cricket as it is so for one person to do that and to spoil it for the rest of the Indian fans, it's pretty disappointing."

With the investigation in place, ACA secretary Pradip Buragohain said that the police have arrested two persons involved in the incident.

"The police have already arrested two persons and are investigating into the matter. I can assure that such incident won't occur in future again. There will be a thick security cover when the Australian team leaves for Hyderabad," Buragohain told PTI.

Comments
Topics mentioned in this article
India Cricket Team Australia Cricket Team Adam Zampa Aaron Finch Cricket
Get the latest Cricket news, check out the India cricket schedule, Cricket live score . Like us on Facebook or follow us on Twitter for more sports updates. You can also download the NDTV Cricket app for Android or iOS.