"India Best In Own Conditions": Aaron Finch Cautious Ahead Of Limited-Over Series

Under the captaincy of Aaron Finch, Australia lost the three-match One-Day International (ODI) series to India at home. 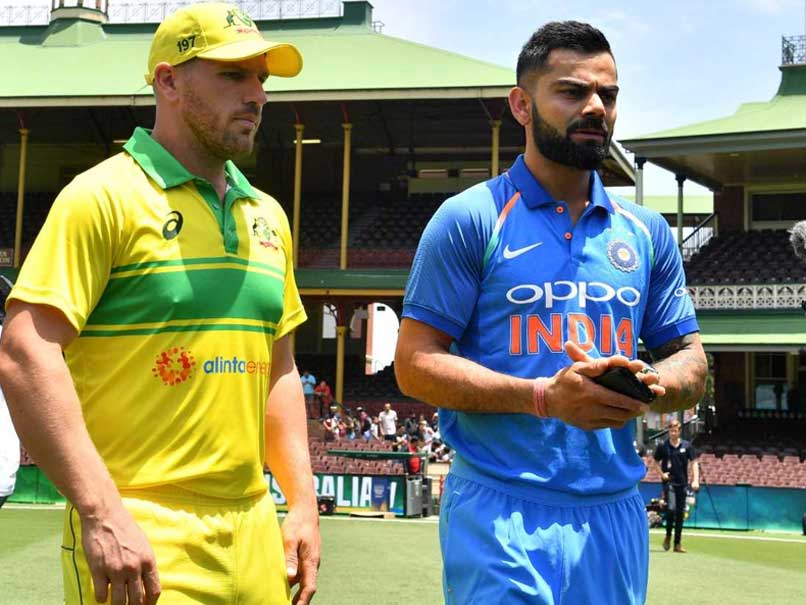 After losing the three-match One-Day International (ODI) series to India at home, Aaron Finch, and Australia will have revenge on their mind when the two teams clash, this time in India, in a two-match T20 International and five-match ODI series starting February 24. The ODI series will be India's last 50-over assignment before the ICC World Cup 2019, to be hosted by England and Wales from May 30 to July 14, while Australia will host Pakistan for five ODIs before the mega event. Australia captain Aaron Finch is not taking India lightly and call the Virat Kohli-led outfit "the best in their own conditions".

"I don't think you need anything to put a pep in your step when you're going on an Aussie tour, particularly to India. If you're slightly off the mark you're going to get hurt," Finch was quoted as saying by cricket.com.au.

"They're the best side in one-day cricket in their own conditions, I think. So you've got to go there full of confidence and have a real clear game plan," he added.

Under the captaincy of Virat Kohli, India recently won their first-ever Test and bilateral ODI series against Australia Down Under.

Finch displayed dismal batting show in the ODI series at home as he was dismissed for six, six and 14 runs in the three matches.

However, left-handed batsman Shaun Marsh impressed, top-scoring in the series with 224 runs, including an impressive 131 in the second ODI at Adelaide.