Murali Vijay followed Shikhar Dhawan as the second Indian batsman to score a century vs Afghanistan in the one-off Test. 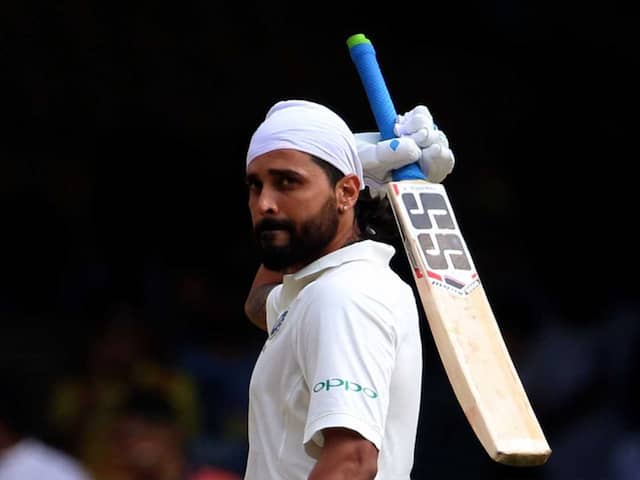 India opener Murali Vijay scored the 12th century of his Test career as the Afghanistan fielders were sent on a leather hunt by the Indian batsmen on the first day of the opening day of the one-off Test at the M. Chinnaswamy Stadium in Bengaluru. Vijay followed Shikhar Dhawan, who had earlier scored 107, as the second Indian batsman to score a century on the first day of Afghanistan's Test history.

Vijay was a little hesitant in the first session and from among the Indian openers, he looked far less comfortable than Dhawan. Vijay struggled to find his feet against some decent swing bowling by Yamin Ahmadzai and Wafadar.

However, with Dhawan scoring at rapid pace and the Afghan spinners being brought on, Vijay got time to settle down and score freely after a while.

The Tamil Nadu right-hander was on 94 when rain stopped play. Play was held up for close to an hour and a quarter before Vijay could get back to the job.

However, the rain intervened again and this time the break was longer. Vijay was left to keep his focus intact and eventually finished the job.