Rohit Sharma's gutsy knock of 140 runs guided India a win over Pakistan in the ICC Men's Cricket World Cup at the Old Trafford on this day last year. 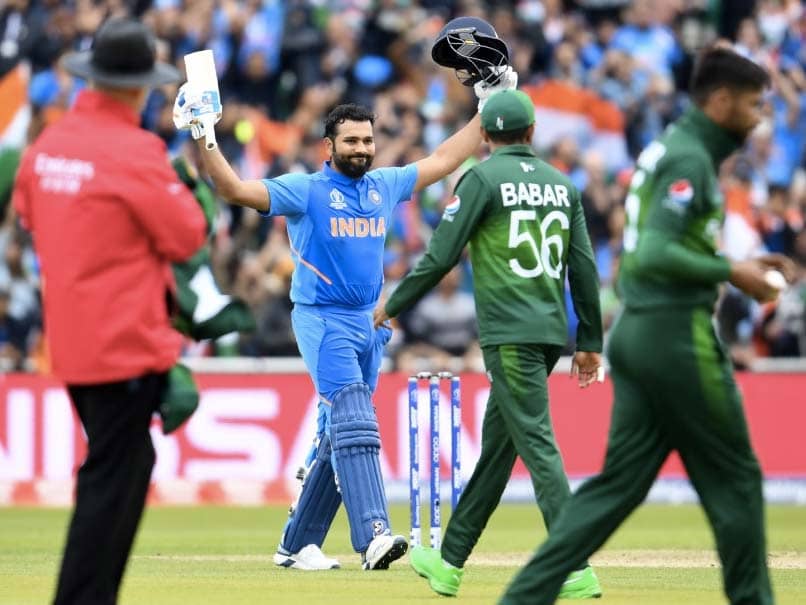 India maintained their unbeaten streak (7-0) over Pakistan in the 50 over World Cup.© AFP

It was on June 16, 2019, when star cricketer Rohit Sharma's gutsy knock of 140 runs in just 113 balls guided India a win over Pakistan in the ICC Men's Cricket World Cup at the Old Trafford in Manchester. With this win, India maintained their unbeaten streak (7-0) over Pakistan in the 50 over World Cup. In the match, the Men in Blue displayed a clinical performance against arch-rivals Pakistan. Batting first, India posted 336 runs on the board, owing to Rohit's 24th ODI ton. Virat Kohli and KL Rahul registered fifty-plus scores and India had no problem in defending the total as they comprehensively defeated Pakistan by 89 runs.

Chasing a competitive target of 337 runs, Pakistan faced an early hiccup as Imam-ul-Haq was leg-before off the fifth ball of the fifth over by debutant Vijay Shankar, who completed the over as Bhuvneshwar Kumar walked off the field due to tightness in his left hamstring.

During the Pakistan innings, rain played spoilsport in the 35th over and the match had to be halted. The match resumed after almost 50 mins, and the match was curtailed to 40-overs and the target got adjusted to 302 on the basis of Duckworth-Lewis.

Pakistan required 136 runs off just 30 balls, and the team fell short by 89 runs.