Concerns over a new coronavirus strain has cast a shadow on India's A tour of South Africa but BCCI treasurer Arun Dhumal informed NDTV that the tour will go ahead as scheduled. 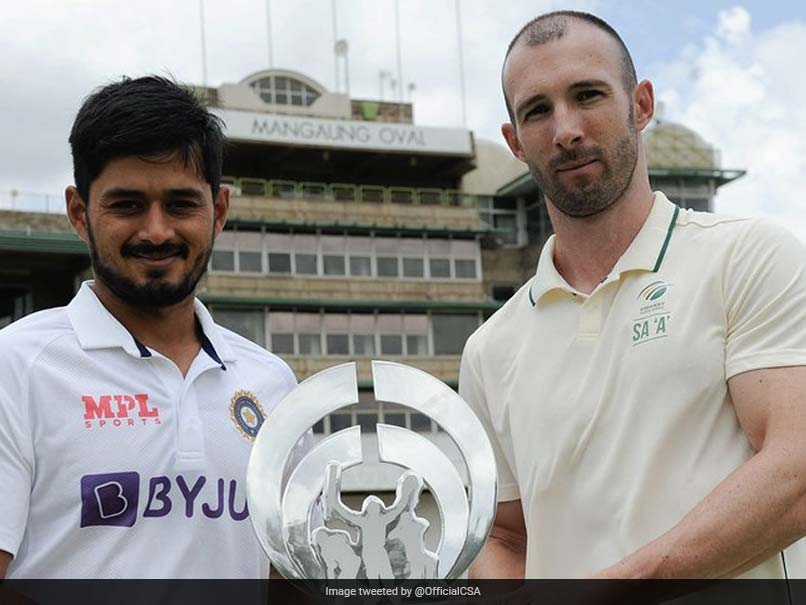 India A's tour of South Africa to go on as scheduled.© AFP

Concerns over a new coronavirus strain has cast a shadow on India's A tour of South Africa but BCCI treasurer Arun Dhumal informed NDTV that the tour will go ahead as scheduled. The Board of Control for Cricket in India (BCC) is keeping a close eye on the situation in South Africa. The first unofficial Test between India A and South Africa A in Bloemfontein ended in a draw after play on fourth and final day was washed out. Meanwhile, the Indian men's senior national team is scheduled to leave for South Africa on December 9.

"Yes, the tour is on. We are keeping a close watch," Arun Dhumal told NDTV.

A new coronavirus variant - B.1.1.529 - has been red-flagged by scientists over an alarmingly high number of spike mutations that might make the virus more resistant to vaccines, increase transmissibility and lead to more severe symptoms.

First identified in South Africa this week, the variant has spread to nearby countries, including Botswana, where fully vaccinated people have been infected. In South Africa, over 100 cases have been linked to this variant, with four more in Botswana.

The second match of the three-match series for the India A team will be played from November 29 at the same venue.

The A tour has been organised ahead of the senior team's series against South Africa beginning next month.

The series will begin with the first Test in Johannesburg from December 17, followed by the Boxing Day Test in Centurion and the final Test in Cape Town from January 3.

The first ODI will be played in Paarl on January, followed by two more ODIs in Cape Town (January 14 and 16.

Cape Town will also host the opening two T20Is (on January 19 and 21). The series will then conclude in Paarl with the final two T20Is on January 23 and 26.