There was Sehwag hitting those sixes at the backdrop of breathtaking Alpine range, Shahid Afridi's customary celebrations, Akhtar sledging Sehwag in jest -- every ingredient needed to make the event a success. 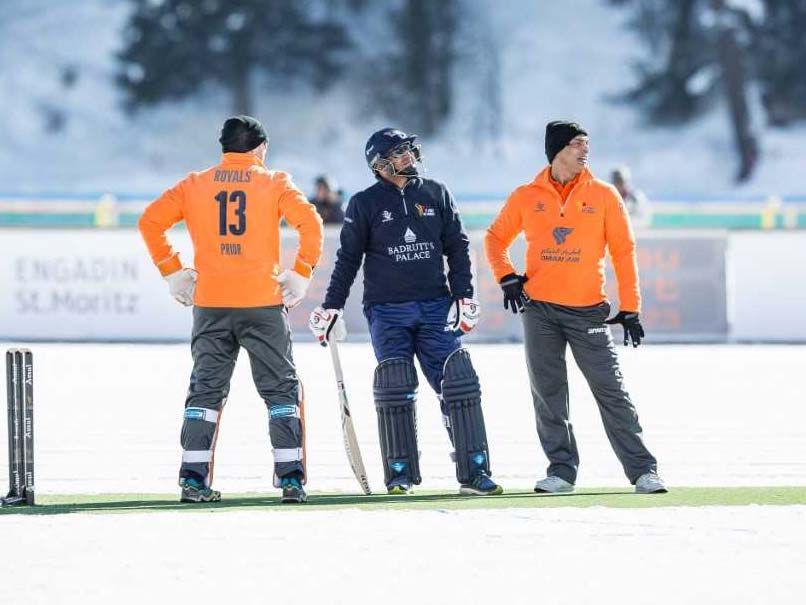 Cricketing greats Virender Sehwag, Shahid Afridi, Andrew Symonds, Michael Hussey among others took part in the first ever St Moritz Ice Cricket Challenge on Thursday. Afridi-led Royals beat Sehwag-led Badrutt Palace Diamonds comprehensively by six wickets in the first match of the tournament. Sehwag, winning the toss, elected to bat and scored a fluent 62 off 31 balls to help his team post a competitive target 164/9 in 20 overs. Shoaib Akhtar, who started the proceedings for Royals, was smashed for a first-ball boundary by the former India opener, setting the tone for the match. Apart from Sehwag, only Andrew Symonds (40) could breach the 20-run mark as the team stuttered with former Pakistan all-rounder Abdul Razzaq returning with figures of four for 18.

In reply, Royals overhauled the target in just 15.2 overs as Owais Shah starred with the bat. The Englishman single-handedly destroyed the opposition with an unbeaten 34-ball 74, including five boundaries and seven sixes. Ramesh Powar was the pick of the bowlers for Badrutt Palace Diamonds as he finished the match with figures of two for 24. Apart from him, Lasith Malinga and Ajit Agarkar picked up one wicket each.

The highlight of the second innings was when Mohammad Kaif took a stunning catch to dismiss Shahid Afridi for a duck off Powar.

The tournament was been launched with an aim to establish the sport in an unchartered territory like Switzerland. Organiser Vijay Singh of VJ Sports claims the pilot project has the approval of world body ICC.

Cricket on ice has been played in St. Moritz by a bunch of amateurs since 1988 but it will be for the first time that greats of the game played the game with the Alpine resort in the backdrop.

Comments
Topics mentioned in this article
Virender Sehwag Shahid Afridi Cricket
Get the latest updates on IPL 2021, IPL Points Table , IPL Schedule 2021 , live score . Like us on Facebook or follow us on Twitter for more sports updates. You can also download the NDTV Cricket app for Android or iOS.