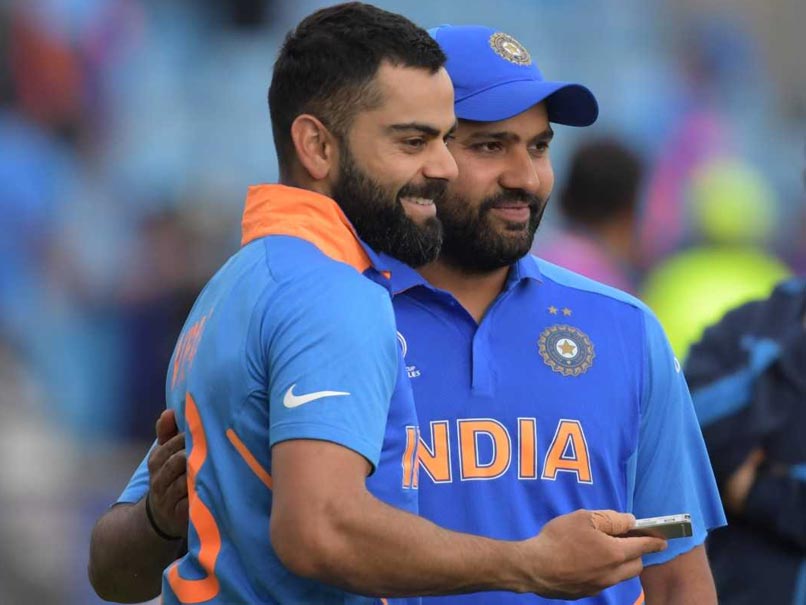 Rohit Sharma scored the most runs in ODIs in 2019 while Virat Kohli was a close second.© AFP

India skipper Virat Kohli and opener Rohit Sharma ended the year on a glorious note after remaining static at the first and second position in the ICC ODI rankings for batsmen. While Kohli has 887 points to his name, Rohit followed him with 873 points. Rohit Sharma amassed 2,442 runs across formats in 2019. The dashing Mumbai batsman also surpassed Sri Lankan great Sanath Jayasuriya's 22-year-old record for most runs as an opener in a calendar year across formats.

On Sunday, Rohit was also named Man of the Series as India chased down 316 to win the three-match ODI rubber against the West Indies 2-1 in Cuttack as the opener contributed with a valiant 63-run knock.

Meanwhile, Windies opener Shai Hope also entered the top 10 of the rankings after showing fine form in the three-match series against India. The wicketkeeper-batsman gained five places to reach ninth position after scoring 222 runs in the series including an unbeaten 102 in the opening match in Chennai, which his side won before going down in Visakhapatnam and Cuttack.