How will you ever console them, Azhar? 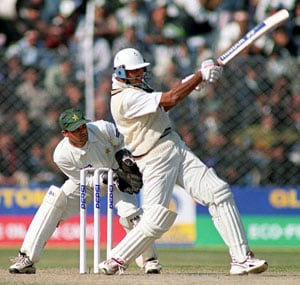 Mohammad Azharuddin is a 'relieved' man. But will that ever be a consolation for those whom the former skipper never met, but was probably loved by the most. Those who'd still love to have the 100th Test against his name.

Traitor. One of the best ever. A disgrace. A talent par excellence. Strange how one man can have so many contradicting adjectives associated with oneself. But, for those who swore by these names while reacting to the Andhra Pradesh High Court verdict, Mohammad Azharuddin can actually be every one of these for them. It's only how you are looking at it.

Mohammad Azharuddin - a name that had somehow gone into the shadows in the cricketing world over the last decade. And rightly so. From the then most successful captain of the country, he suddenly stood facing charges that in simple words read 'you sold the match'.

Years turned by quickly and so did the fortunes for Indian cricket. Names like Sachin Tendulkar, Sourav Ganguly, Rahul Dravid, Anil Kumble, VVS Laxman reassured cricket followers in this country that all wasn't lost. And quickly enough, the man who just missed his 100th Test match by the stroke of luck, or deeds, took a backseat in our thoughts.

But not for fans... and trust me on that. By fans, I mean those who'd remember which bowler gave a look after throwing in the bouncer at his idol in a Test match 8 years ago. By fans, I mean those who remember how many times the off-stump had cart-wheeled when his idol had cleaned up the rival's last wicket in a tri-series final 4 seasons ago. A fan is he who'd do a little jiggle on his own on learning that his idol will be seen batting again, even though the whole stadium is mourning the shame of a follow-on. It is that guy who knows little about the wrongness of batting grammar or the fault in a bowling action, but would still never back off from an argument that holds his idol as the culprit for the day's loss.

Yes, that is what a real fan is. Someone who'd never ever get to see his idol in flesh in a whole lifetime, but yet believe that if anyone knows that the man gives his 200% each time on the field, it's him.

And for a man with 99 Tests and under his belt, countless match-winning knocks, and a style to die for - it's but obvious that he had fans by the millions.

A Test hundred at the Lord's, making the Eden Gardens his own, that partnership against Pakistan at finals of the Independence Cup in Dhaka - the instances are countless to make him a hero. And there were much more.
A young lad rising from a humble living in Hyderabad and not the usual seats of power of Indian cricket, a body language that was so next-door yet so positive, those silken wield of the willow and reacting with a matter-of-fact expression after picking up brilliant catches - the ingredients were just too perfect for a generation not to fall in love with him.

Azhar grew in stature. And so did his fans, and their numbers. Remember those cricket-cards that used to come with bubble gums? That was a time when a 'Md Azharuddin' card was as precious a possession as a Brian Lara, a Ian Botham, a Alan Donald or even a Sachin Tendulkar.

And when someone like that pumps in the antibiotics to come out and bat at the Eden Gardens with a fever and go on to hit a century against South Africa, those cards just don't remain mere pieces of paper to 13-year-old school goers - they become the most prized thing in his 'collection'.

For a murderer, a sentence can bring reactions that depend on what his motive was - at least, that's what psychologists say. Someone may actually be smiling, for it was a revenge. Some may sulk, repenting on the fit of rage that led to it.

We had seen Hansie Cronje break down in his trial room. Kapil Dev was driven to tears on a mere television interview. But these are no murderers. In a black world, they were pointed at for supposedly having trodden a grey path. But proven guilty or not, it was the sinking feeling of losing all the respect they had earned through sweat and blood that broke them down. 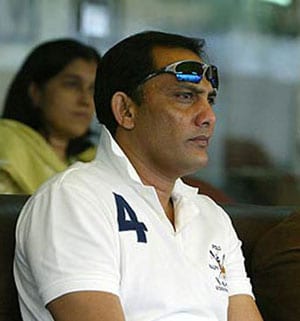 Even though we love to remember the greatness of a player, and fondly that too, the scar on our beliefs that our boys were truly playing for the nation was a bit too much to wash off. What happened in the year 2000 left a deep scar on young impressionable minds. The big wigs of world would have their own reasons to shun somebody, but for those in their teens watching heroes fall from grace is quite a deal.

It wasn't easy to come to terms that matches could possibly be sold. It must have been hard for a teenager to avoid the smirks from his peers that had 'look, what your star has done' written all over it.

So when Azharuddin said he was relieved on hearing the court's verdict that banning him was illegal, it was hardly a consolation. Now a politician, and been through the thick and thins of life, Azhar must have now known who his friends and foes for life are, but one thing he'll never know is how badly his fans were hit when he fell from grace.

A player's career ends, but the fans live on -- with the pain, or the joy. So as much as it is good to see one the finest Indian cricketer smiling again, Azhar should remember there will always be quite a few eyes questioning him 'Why did you have to...?'  It wasn't easy pulling down that poster, after all.