"He Legitimised The Slower Ball": Harshal Patel On India Great 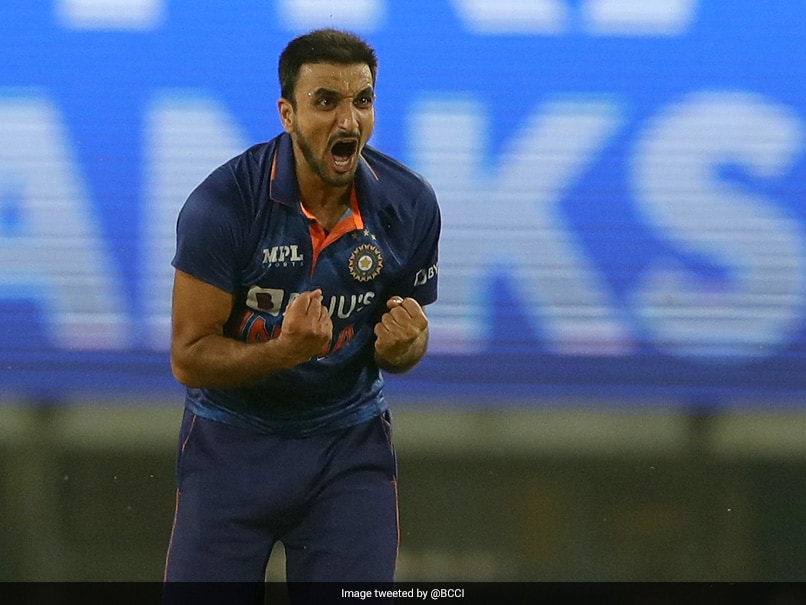 Harshal Patel has been playing in IPL for close to a decade now but he became a household name last season as he finished IPL 2021 with 32 wickets while playing for Royal Challengers Bangalore and also won the Purple Cap. Harshal has since made his Team India debut in T20 internationals and looks to be in the race to get a berth in the Indian team for the upcoming T20 World Cup later this year.

Harshal's rise to the top has been due to his great ability to disguise his slower balls and bowl effective overs at the death. He is currently doing the job for RCB in IPL 2022 and is expected to be one of the death bowlers for India too.

In a recent interaction with cricket host Gaurav Kapur on his show 'Breakfast with Champions', Harshal was asked about who he thinks disguised the slower ones the best, and he named former India bowling great Zaheer Khan.

"If I have to look at one person who sort of legitimised the slower ball, was Zaheer Khan in the 2011 ICC World Cup. The way he got people all with those knuckle balls was unbelievable to watch."

Harshal also revealed that Zaheer Khan was his mentor at RCB when he started his IPL career in 2012 and how the former India great helped his learn the art of bowling in T20s.

" I got my education in T20 bowling from him. I started with RCB in 2012 and he was with the team. He used to come up to me every single ball and tell me how to bowl. 'Bowl length now, bowl this now, don't bowl the slower now.' So, he used to tell me how to package it," Harshal said.

Zaheer Khan Cricket
Get the latest updates on Fifa Worldcup 2022 and check out  Fifa World Cup Schedule, Stats and Live Cricket Score. Like us on Facebook or follow us on Twitter for more sports updates. You can also download the NDTV Cricket app for Android or iOS.