India all-rounder Hardik Pandya shared a picture with his partner Natasa Stankovic on his Instagram story, with the couple striking an romantic pose. 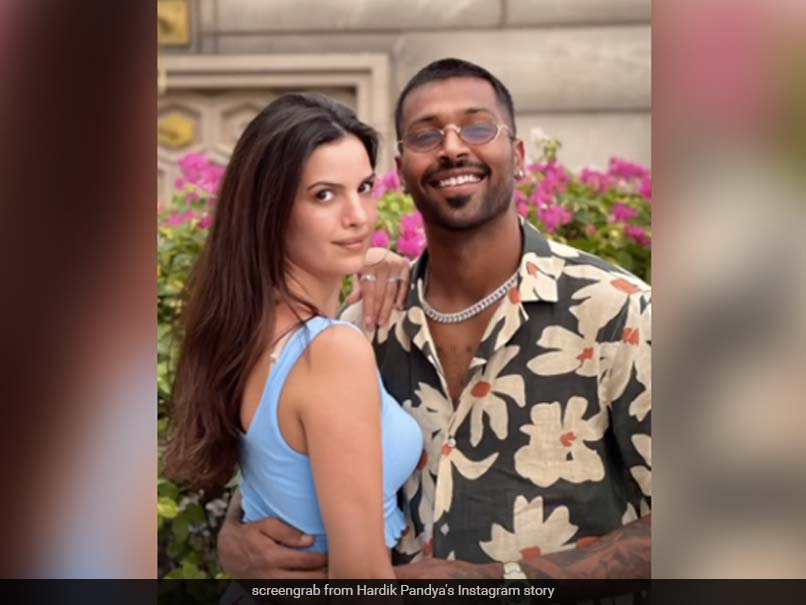 India all-rounder Hardik Pandya on Sunday shared a picture with his partner Natasa Stankovic on Instagram story. Tagging Natasa, Hardik wrote: "I Love You". Earlier in the day, Hardik joined the Mother's Day celebration by sharing a few pictures with his mother Nalini, Natasa and their son Agastya. The Mother's Day is celebrated on the second Sunday in the month of May every year and Hardik's used the opportunity to express his love for the two beautiful ladies in his life -- his mother and partner -- and made their day even more special with a lovely message. "My two Queens Happy #MothersDay @pandyanalinihimanshu and @natasastankovic We love you to the moon and back," Hardik captioned the pics on Instagram. Natasa also shared Hardik's Instagram story on her handle. 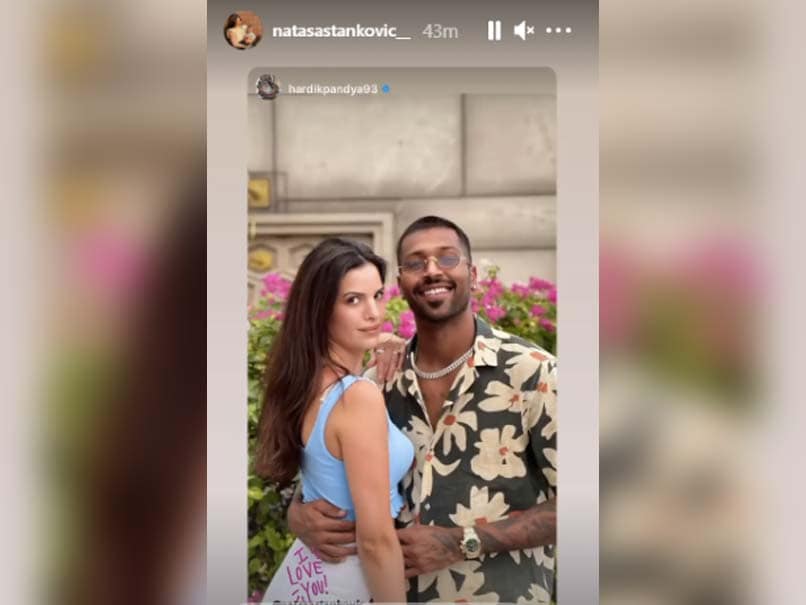 Hardik was last seen in action playing for Mumbai Indians in the Indian Premier League (IPL) 2021but returned home after the tournament was postponed by the BCCI indefinitely earlier this week.

The all-rounder had a poor run in the now truncated season as he managed only 52 runs from seven outings. Hardik didn't bowl a single ball in the tournament and has not been included in India's Test squad for the England tour, comprising a World Test Championship final and a five-Test series against England.

The BCCI president Sourav Ganguly said that India will tour tour Sri Lanka for a limited-overs series in  July and Hardik is expected to be on that flight. The Indian team will travel without their star players like Virat Kohli, Rohit Sharma and Jasprit Bumrah, who all will be in the UK for the Test series against England, which will get underway in August.