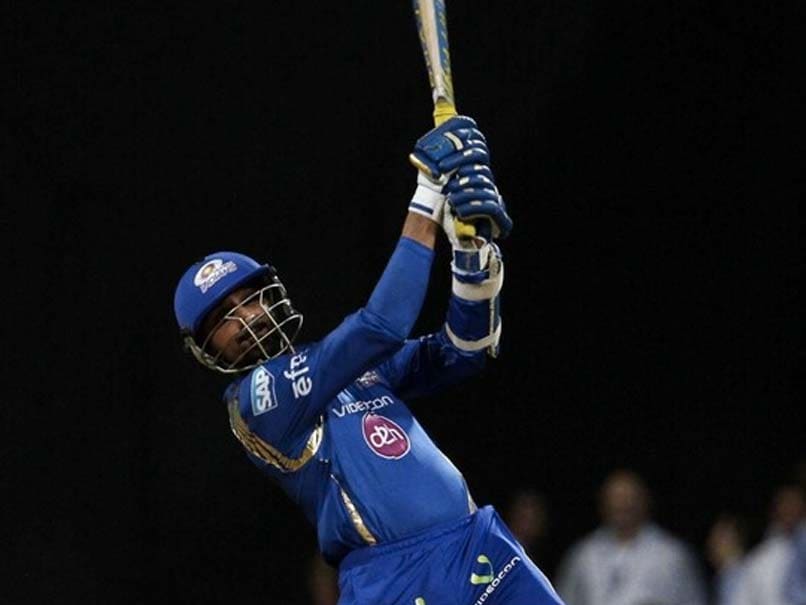 Harbhajan Singh's knock was studded with 5 boundaries and 6 sixes.© BCCI

Harbhajan Singh, the veteran Indian off-spinner, has been very active on social media amidst the nationwide lockdown. Harbhajan has been sharing throwback videos on his Instagram account to keep his fans engaged. In a recently shared throwback video by the former Mumbai Indians player, Harbhajan can be seen smashing Kings XI Punjab bowler Anureet Singh for three consecutive sixes in one over. The clip is from the 2015 edition of the Indian Premier League. During the match, Harbhajan Singh played a whirlwind knock of 64 but failed to help his team win the game against Kings XI Punjab.

Harbhajan Singh's knock was studded with 5 boundaries and 6 sixes as he raced away to 64 in just 24 balls. Singh had a staggering strike rate of 266.66 before being dismissed by fast bowler Anureet Singh in the final over of the match. Harbhajan was good with the ball as he scalped 2 wickets in the game and just gave 20 runs away in his quota of 4 overs.

The former Mumbai Indians off-spinner was released by the franchise back in 2018. However, Harbhajan Singh found a new IPL home in the form of Chennai Super Kings and has also won the 2018 edition of the Indian Premier League with the team.

This year, the Indian Premier League has been 'postponed indefinitely' due to the coronavirus pandemic. Countries across the globe are fighting against the coronavirus threat which has brought all sporting events to an unexpected halt.

Sports personalities from Virat Kohli to Sachin Tendulkar have taken to social media and asked people to follow the guidelines issued by the government in the fight against the pandemic.

Kings XI Punjab Cricket
Get the latest updates on IPL 2021, check out the IPL 2021 Schedule and Indian Premier League Live Score . Like us on Facebook or follow us on Twitter for more sports updates. You can also download the NDTV Cricket app for Android or iOS.