Harbhajan Singh shared his fan moment when he shared an adorable selfie with Bollywood actor Kajol. 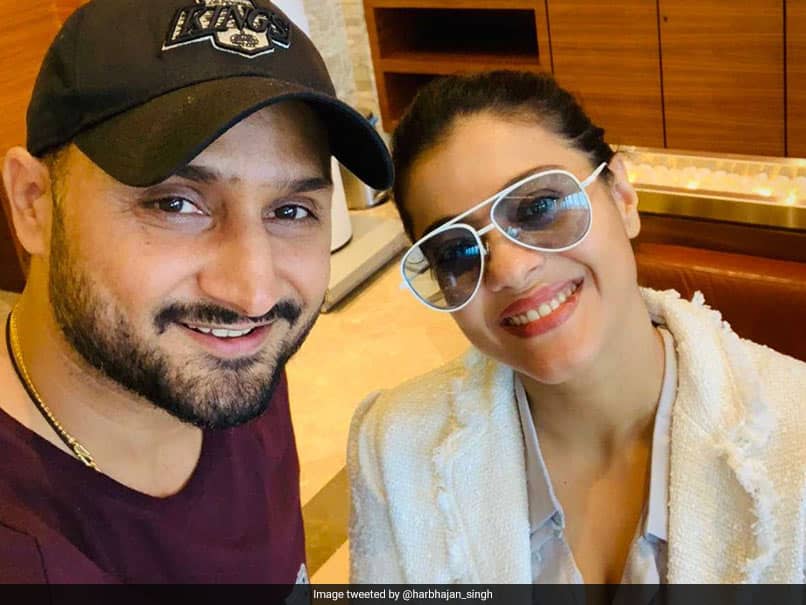 Harbhajan Singh has 417 Test wickets to his name© Twitter

Several Indian cricketers admire Bollywood stars while some are even married to them. Indian skipper Virat Kohli is married to actor Anushka Sharma and while Indian spinner Harbhajan Singh is married to another Bollywood actress Geeta Basra. On Tuesday, Harbhajan Singh shared his fan moment when he shared an adorable selfie with Bollywood actor Kajol on his official Twitter account. "Jab I met Simran @KajolAtUN my favourite.. wish you all the best for your upcoming movie #HelicopterEela", he captioned the image on his social media account.

Jab I met Simran @KajolAtUN my favourite.. wish you all the best for your upcoming movie #HelicopterEela pic.twitter.com/bVccdML6jF

Fans were quick to respond to the shared picture of the two renowned personalities.

Recently, Harbhajan had criticised the current crop of Windies players after their dismal performance in the first Test against India at Rajkot. During the match, Harbhajan questioned the quality of the Windies team and saying that the visitors were not even good enough to compete against the elite teams in Ranji Trophy.

With all due respect to West Indies Cricket but I have a question for u all...will this west Indies team qualify for Ranji quarters from the plate group? Elite se to nahin hoga #INDvsWI

Former West Indian pacer Tino Best did not taken too kindly to comments made by Harbhajan and shared his dismay on his Twitter account. The West Indian took a pot shot at India's performance during the Test series in England, where they lost the five-match series 1-4.

Hey bro didn't see these cocky tweets vs England .... but anyhow the young men will learn

However, the Windies team did little to prove Harbhajan wrong, putting in a meek performance at Rajkot. Spinner Kuldeep Yadav starred in India's biggest-ever Test triumph as they thrashed the Windies by an innings and 272 runs.

India Cricket Team Harbhajan Singh Cricket
Get the latest updates on IPL 2021, IPL Points Table , IPL Schedule 2021 , live score . Like us on Facebook or follow us on Twitter for more sports updates. You can also download the NDTV Cricket app for Android or iOS.