Yuvraj Singh was at the receiving end of some age-related jokes from Harbhajan Singh and Shane Watson. 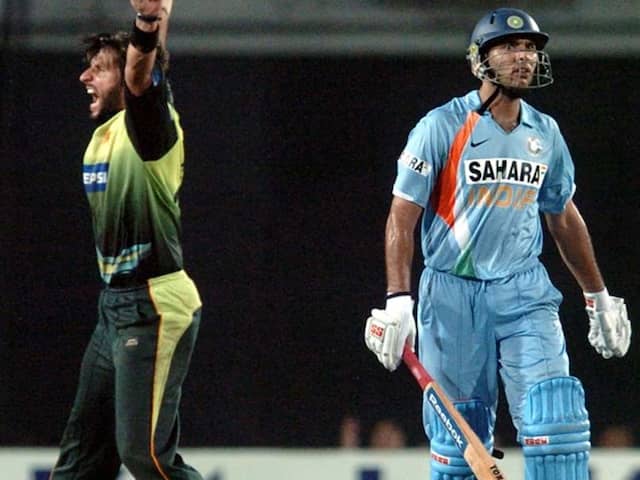 Yuvraj Singh made his international debut in 2000 against Kenya in Nairobi at the age of 18 years.. Now 36, Yuvraj Singh, who played a key role in India's 2011 World Cup triumph, still grabs the limelight when he enters the field. He however was on Wednesday at the receiving end of some age-related jokes from India off-spinner Harbhajan Singh and Australian Shane Watson, who compared Yuvraj with Pakistan veteran Shahid Afridi. Harbhajan Singh, in a candid conversation with Chennai Super Kings teammate Shane Watson, on his show - Bhajji Blast - pulled Yuvraj Singh's leg.

During the conversation, Watson asked Harbhajan how old he was during the 2001 Australia tour.

Watson laughed and asked whether he was talking about his 'cricket age' or birth age.

Bhajji couldn't control himself and burst into laughter and asked Watson: "Did you spend lot of time with Afridi?"

Harbhajan tried to make the topic more interesting and said: "I will tell you a story. Me and Yuvraj have played a lot of cricket together. Under-14, U-16, U-19, I got overage and Yuvraj still continued to play."

Watson recalled the days when he played against Yuvraj.

"I have played against Yuvraj in Under-19 World Cup. He scored 50 odd runs off 20 balls. A year later, he played Champions Trophy in Kenya. He was so dominating," Watson said.

Without wasting time, Harbhajan jokingly said: "He (Yuvraj) is also like Afridi."

Yuvraj Singh, who is currently out of the India cricket team, played for Kings XI Punjab (KXIP) in the recently-concluded Indian Premier League (IPL) 2018.

Harbhajan Singh and Shane Watson were the part of the Chennai Super Kings team who lifted the Indian Premier League (IPL) 2018 title, defeating SunRisers Hyderabad by eight wickets in the summit clash at the Wankhede Stadium in Mumbai on May 27.