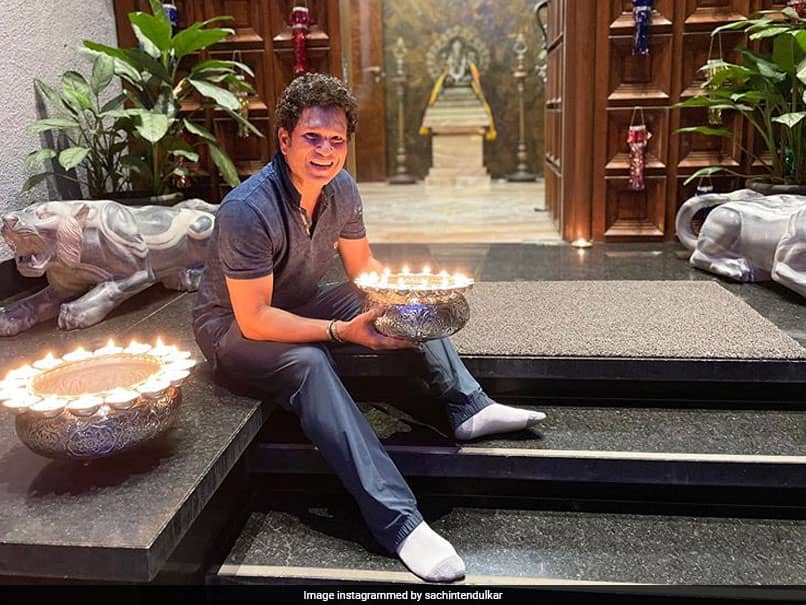 Sachin Tendulkar encouraged everyone to light up diyas, and make their life even brighter.© Instagram

Legendary Indian cricketer Sachin Tendulkar took to Instagram on Sunday, to express his good wishes on the joyous occasion of Diwali. Sachin encouraged everyone to light up diyas, and make their life even brighter. "Diwali vibes! Light up Diyas and make life brighter," the caption on the Instagram post said. The post further included a picture of him in a beautiful well-lit background, holding diyas with both hands. Sachin can be seen sporting a big smile, indicating his happiness on the occasion.

Sachin's post on the beautiful festival expressing his wishes will certainly make the day special for fans. However, the day further holds great significance from a cricketing perspective as well, considering the fact that the legendary cricketer had made his international debut back on this day in 1989. Sachin played his first game in international cricket against Pakistan in Karachi. The batsman scored 15 runs in his maiden match, before being dismissed by Waqar Younis.

Not only this, the legendary cricketer further walked out to bat for the final time in international cricket on the same date 24 years later, at the Wankhede stadium in Mumbai against the West Indies. The Board of Control for Cricket in India (BCCI) celebrated the significant day with a photo collage which comprised of Sachin's first and final international games.

"#OnThisDay 1989 - @sachin_rt made his debut in international cricket 2013 - The legend walked out to bat for #TeamIndia one final time Thank you for inspiring billions across the globe," read the caption on the photo by BCCI.

Thank you for inspiring billions across the globe. pic.twitter.com/fF4TzH7O44

Sachin ended his career with the unique distinction of being the only player in the game's history to have scored 100 international centuries.

West Indies Cricket Team Cricket Waqar Younis
Get the latest updates on India vs England Series, India vs England , live score and IPL 2021 Auction . Like us on Facebook or follow us on Twitter for more sports updates. You can also download the NDTV Cricket app for Android or iOS.