Happy Diwali 2020: Rohit Sharma expressed his good wishes with a post on Instagram, which comprised of an adorable picture with his family. 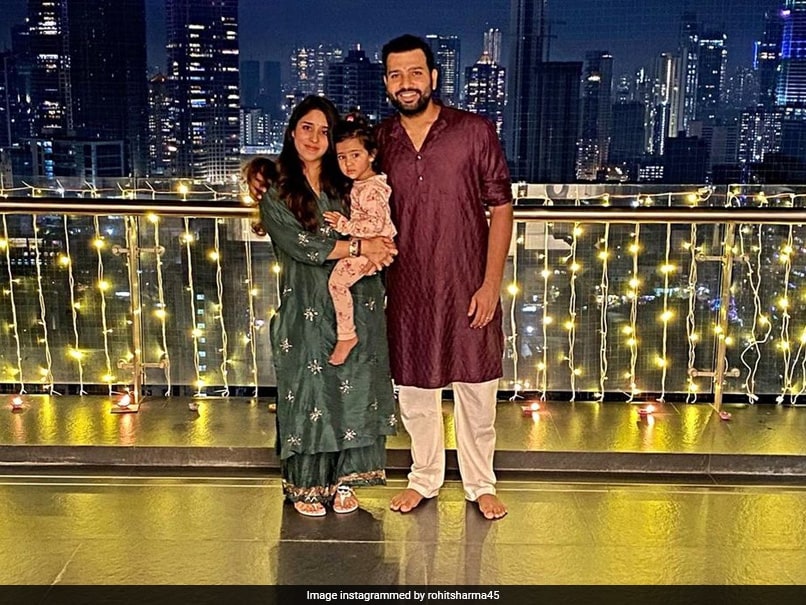 Team India opener Rohit Sharma took to Instagram on Saturday, in order to wish one and all on the joyous occasion of Diwali. Rohit wished a happy Diwali to everyone, urging utmost priority towards safety. "Happy Diwali to all. Have a good one and stay safe @ritssajdeh," the caption on the post read. The post on the social media platform further had an adorable image comprising of him, wife Ritika Sajdeh and daughter Samaira Sharma. The three can be seen standing in a well-lit and beautiful background, with Samaira in Ritika's arms.

Rohit will be next seen in action representing the Indian team during the four-match away Test series in Australia. The 33-year-old has been rested for the ODI and T20I series, due to concerns over the fitness of the cricketer. Skipper Virat Kohli will be returning home after the first Test.

Rohit was last seen representing defending champions Mumbai Indians (MI) during the 13th edition of the Indian Premier League (IPL). MI defeated Delhi Capitals (DC) by five wickets in the final of the cash-rich league, winning the title for the fifth time.

The Mumbai-based franchise is further only the second team in the tournament after rivals Chennai Super Kings (CSK), to win the league in two consecutive years.

Rohit was the highest run-scorer in the final, smashing 68 runs off 51 deliveries as his side chased down a target of 157 runs with eight balls to spare. The 33-year-old's knock comprised of five boundaries and four sixes.

Delhi Capitals Cricket
Get the latest updates on India vs South Africa and check out  Schedule, Results and Live Score. Like us on Facebook or follow us on Twitter for more sports updates. You can also download the NDTV Cricket app for Android or iOS.