Sachin Tendulkar Made His International Debut On This Day In 1989, BCCI Thanks Him For Inspiring Billions

The BCCI took to Twitter to thank Sachin Tendulkar for inspiring generations across the globe. 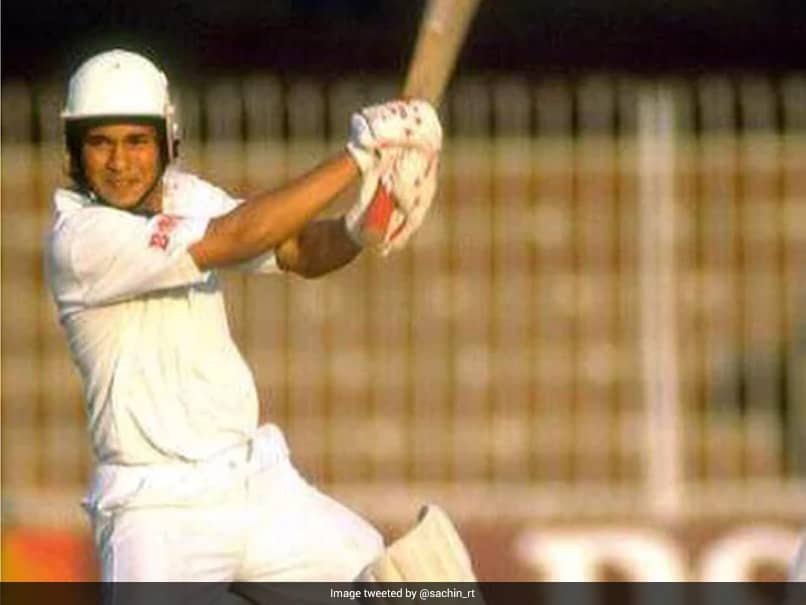 Sachin Tendulkar played his first international match against Pakistan in Karachi in 1989.© Twitter

Sachin Tendulkar, India batting legend, made his international debut on this day back in 1989 against Pakistan in Karachi. 24 years later, Tendulkar walked out to bat for the final time in international cricket for India at the Wankhede stadium in Mumbai against the West Indies. The Board of Control for Cricket in India (BCCI) took to Twitter to share a photo collage of Tendulkar's first and last international game. "#OnThisDay 1989 - @sachin_rt made his debut in international cricket 2013 - The legend walked out to bat for #TeamIndia one final time Thank you for inspiring billions across the globe," the BCCI captioned the photo.

Thank you for inspiring billions across the globe. pic.twitter.com/fF4TzH7O44

In his first international outing, Tendulkar scored 15 runs. He was dismissed by Waqar Younis.

In his last match for India, Tendulkar made 74 runs before being caught in the slips off Narsingh Deonarine.

Tendulkar, hailed as the god of cricket, is the only cricketer in the history of the game to have scored 100 international hundreds.

Tendulkar has 51 Test centuries to his name and in the 50-over format, he has gone past the 100-run mark 49 times.

Sachin Tendulkar represented India for 24 years and during this time, he played six World Cups.

Tendulkar had to wait till 2011 to get his hands on the coveted World Cup trophy.

In 2010, Tendulkar became the first male cricketer to score a double-century in an One-Day International.

The batting maestro played an unbeaten knock of 200 against South Africa in Gwalior.

Sachin Tendulkar BCCI Cricket
Get the latest updates on IPL 2020, check out the IPL Schedule for 2020 and Indian Premier League (IPL) Cricket live score . Like us on Facebook or follow us on Twitter for more sports updates. You can also download the NDTV Cricket app for Android or iOS.