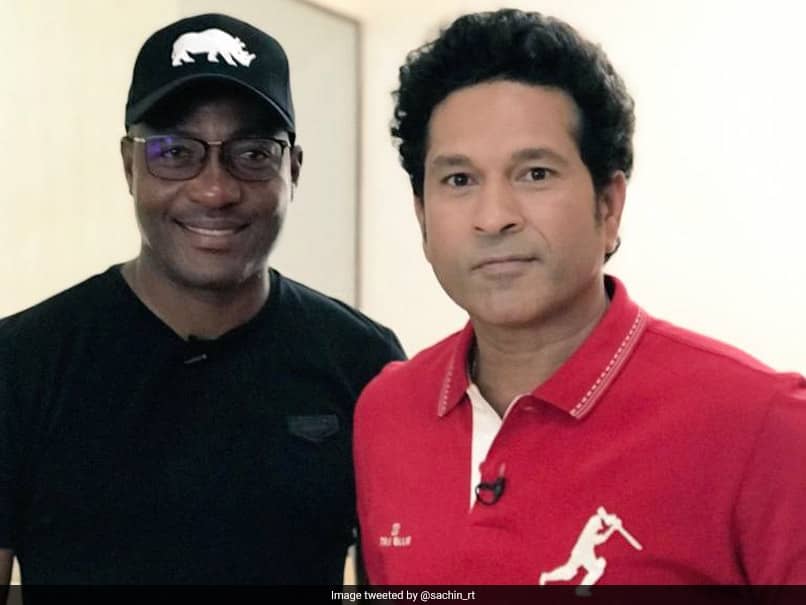 Sachin Tendulkar and Brian Lara are looking to settle scores off the cricket field, on the golf course.© Twitter

Sachin Tendulkar and Brian Lara are considered two of the finest players ever in the history of cricket. Their brilliance and awe-inspiring consistency set the stage for a great rivalry as the two were always under pressure to lead their respective nations on to victory. Tendulkar and Lara adopted an absolutely ruthless attitude towards the other, shattering one record after the other in their pursuit for supremacy. While retirement from the game usually brings an end to such rivalries, the same certainly seems not to be the case with the two legends of the game. Tendulkar and Lara are now looking to settle scores off the cricket field, this time on the golf course, as visible in a video posted on Tendulkar's official Instagram account. "@brianlaraofficial and me... this time on the golf course," read the caption on the video.

@brianlaraofficial and I... this time on the golf course

Tendulkar is currently involved with Indian Premier League (IPL) defending champions Mumbai Indians (MI), who emerged victorious in the 13th edition of the cash-rich league, in the role of a mentor.

MI defeated Delhi Capitals (DC) by five wickets in the final, to win their fifth title.

Skipper Rohit Sharma was the highest scorer in the final, smashing 68 runs off 51 deliveries as the Mumbai-based franchise chased down a target of 157 runs with eight balls to spare.

Lara holds the record for the highest individual Test score - an unbeaten 400 against England in Antigua in 2004.

Sachin Tendulkar Brian Lara IPL 2020 Golf Cricket
Get the latest updates on IPL 2021, IPL Points Table , IPL Schedule 2021 , live score . Like us on Facebook or follow us on Twitter for more sports updates. You can also download the NDTV Cricket app for Android or iOS.