Australia all-rounder Glenn Maxwell posted an Instagram story to wish his fiancee Vini Raman on her birthday on Wednesday. 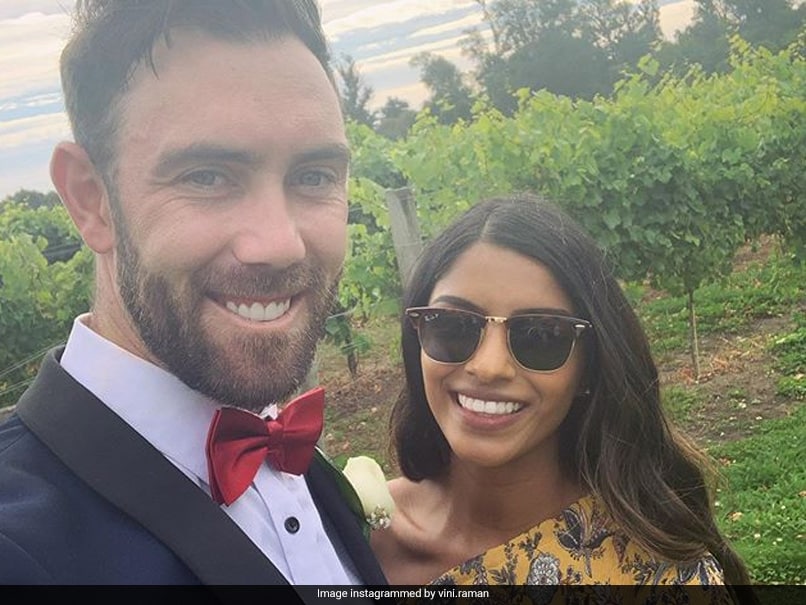 Glenn Maxwell took to Instagram to share a cute picture with his Indian-origin fiancee to wish her birthday on Wednesday. The Australian all-rounder posted a photo in his Instagram story with his fiancee Vini Raman and wrote "Happy Birthday To My Amazing Fiancee". The couple recently completed one year as engaged to each other. The duo had announced their engagement in February last year with an adorable social media post. Maxwell is currently in New Zealand for the ongoing Twenty20 International series between Australia and New Zealand. The right-handed batsman, who had a disappointing season in the Indian Premier League (IPL) last year, got a big deal at the player auction again as Royal Challengers Bangalore spent big to get the services of the Australian all-rounder.

RCB bought Maxwell for a whopping 14.25 crore for the upcoming season of the IPL.

Maxwell represented Punjab Kings, then Kings XI Punjab, in the 13th edition of the IPL.

Maxwell accounted for three wickets in the season in the limited chances he got while bowling.

Following the auction, Maxwell said he is looking forward to joining the Virat Kohli-led side. "Can't wait to put everything I have into helping us lift the trophy," he added in his tweet.

Glenn Maxwell Cricket
Get the latest updates on T20 World Cup, check out the T20 World Cup Schedule and Live Score . Like us on Facebook or follow us on Twitter for more sports updates. You can also download the NDTV Cricket app for Android or iOS.