'Get Fit Or Get Out' Sri Lankan Government To Cricketers

The Sri Lankan Sports Minister Dayasiri Jayasekera had said many players were 'too fat'. 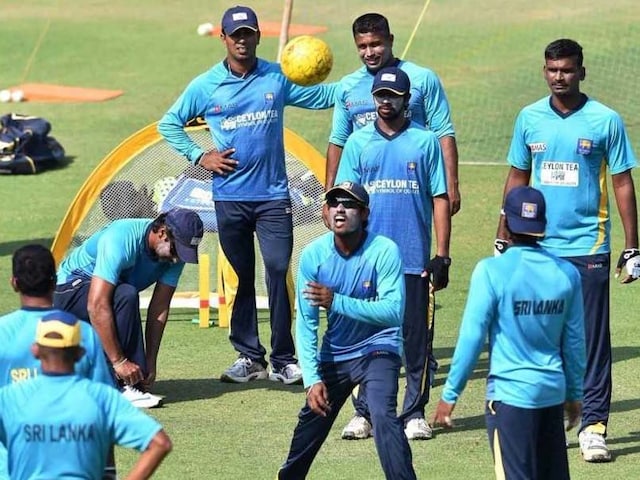 The 13-man squad did not meet international fitness standards© AFP

The Sri Lankan government on Wednesday warned the national cricket team to get fit inside three months or get booted out. The warning came after the squad was found to be unfit for the upcoming five One-Day Internationals (ODIs) against Zimbabwe which commence on Friday. Sri Lanka Sports Minister Dayasiri Jayasekera, commenting on the issue, said that the level of fitness in the players was not satisfactory. Players are selected by an independent panel for the national team but the final approval comes from the Sports Minister.

After the squad was chosen, Jayasekera said no member of the 13-man squad met the required international fitness standards and noted that the high level of injuries was due to poor endurance.

"No one has a satisfactory level of fitness, but I have made an exception this time," Jayasekera said.

Only two players -- Dushmantha Chameera and Lahiru Madushanka - scored high marks in the 'yo-yo' endurance test which is mainly running against the clock, a source familiar with the process told AFP. Three other fitness tests were also carried out.

Controversial fast bowler Lasith Malinga, who weighs 80 kilos, failed one test, the source said, and barely scraped through the rest. He is officially under observation.

"Malinga has suffered recurring injuries partly because of the poor fitness," the source said on condition of anonymity.

Malinga was slapped with a fine of 50 per cent of his match fee for Friday's game and given a six-month suspended match-ban for comparing Jayasekera to a "monkey" and saying the minister knew nothing about cricket.

The Sri Lankan board held an inquiry after Malinga publicly ridiculed Jayasekera who had said many players were too fat following their failure to reach the Champions Trophy semi-finals earlier this month.

Sri Lanka Cricket announced on Tuesday that Malinga had apologised and also pleaded guilty to violating his contract with the board which precludes players from making public statements.

Comments
Topics mentioned in this article
Sri Lanka Cricket Team Lasith Malinga Angelo Mathews Thisara Perera Cricket
Get the latest Cricket news, check out the India cricket schedule, Cricket live score . Like us on Facebook or follow us on Twitter for more sports updates. You can also download the NDTV Cricket app for Android or iOS.