Desperate times call for desperate measures, as former England cricketer Robert Key found out after getting a haircut from his wife. 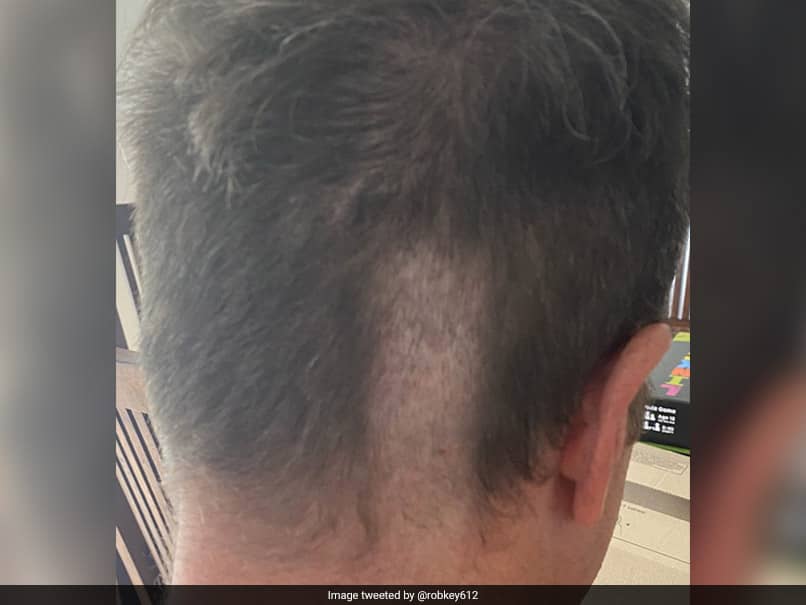 Robert Key posted a picture of his disastrous haircut.© Twitter

With lockdown in effect in most countries due to the coronavirus pandemic, men have been calling on their wives and other loved ones to get some grooming done. However, this decision has its own dangers and things don't always go to plan. Case in point being former England cricketer Robert Key. The ex-England batsman took to Twitter to post a picture of his disastrous haircut, telling his wife that she is not "allowed to moan about hairdressers ever again". While current and former England cricketers like Sam Billings and Simon Jones had a mighty laugh, Key's wife Fleur did apologise to him but funnily enough, shifted the blame back at him.

Replying to her husband's tweet, Fleur Key apologised but said "you did say 'go all the way up..'".

Sam Billings and Simon Jones reacted with 'laughing emojis' while England top-order batsman Joe Denly asked for a picture of the end product, to which Key graciously obliged.

Fortunately for India captain and cricket's current superstar Virat Kohli, there were no such problems when he got a customised salon treatment at home, courtesy wife Anushka Sharma.

The Bollywood star turned hair stylist for her husband and even shared a video of the hair-cutting session.

"This is what quarantine does to you," Kohli said as Anushka let out a laugh behind him. "You allow things like this to happen. Getting your hair cut with kitchen scissors," he further added as Anushka got to work.

The two discussed the haircut, before Kohli concluded by saying, "beautiful haircut by my wife."

The video ended with a shot of the final outcome of the India skipper's new haircut.

Cricket has come to a complete standstill due to the coronavirus crisis. The Indian cricket team's most recent ODI series against South Africa was aborted to prevent the spread of coronavirus.

On Thursday, the cash-rich Indian Premier League (IPL), which had already been pushed back from its original start date of March 29 to April 15, was postponed indefinitely.

"Due to the evolving global health concerns regarding COVID-19 and lockdown measures implemented by the Government of India to contain the spread of the pandemic, the IPL Governing Council of the BCCI has decided that the IPL 2020 Season will be suspended till further notice," BCCI Honorary Secretary Jay Shah said in a press release.