Durham and Leicestershire Forfeit An Innings Each To Set Up A Result. Watch

Durham and Leicestershire have forfeited an innings each for a result in a Bob Willis Trophy match after rain washed out most of the first three days. 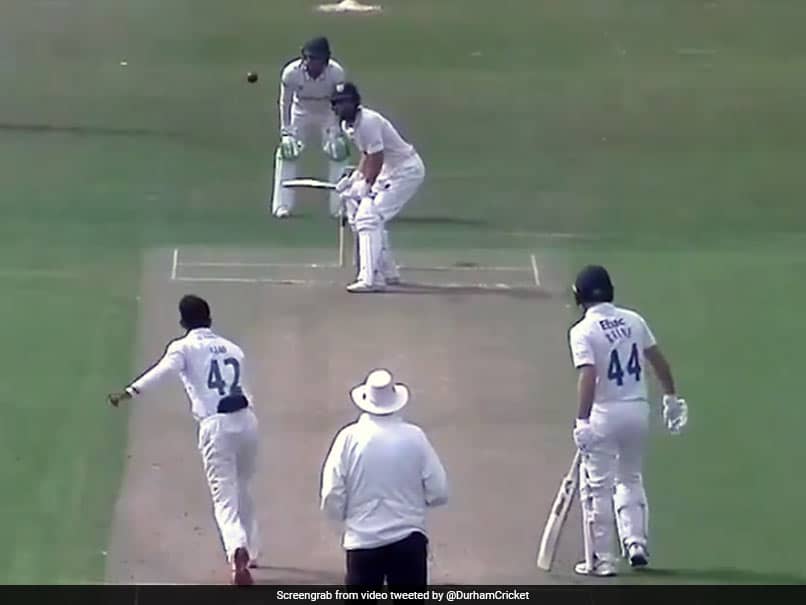 Durham and Leicestershire forfeited an innings each to set up a result.© Durham/Twitter

Durham and Leicestershire were confronted with a quandary in a North Group Round 3 match of the Bob Willis Trophy when rain washed out most parts of the first three days of the match and the teams decided to give up an innings each to set up a fourth-innings shootout. Durham, who were put in to bat by Leicestershire at Grace Road, declared on 291/8 after adding 41 runs to their overnight score of 250/7. Leicestershire then declared their first innings followed by Durham forfeiting their second and the hosts were set 292 runs to win in 82 overs on the final day.

While such declarations to force a result have been practised by teams in the past, the sight of Durham being offered half volleys to score off so that they could reach a desired total was strange.

Leicestershire bowlers bowled wide, loopy deliveries which the Durham batsmen could hit to their liking as a video shared by Durham on social media showed.

The only such incident in international cricket dates back to 2000 when in the fifth Test of England's tour to South Africa captains Nasser Hussain and Hansie Cronje decided to forfeit an innings each to help force a result.

It was later revealed that Cronje had made the suggestion to Hussain on the advice of a bookmaker and the South Africa captain was banned for life for spot-fixing.