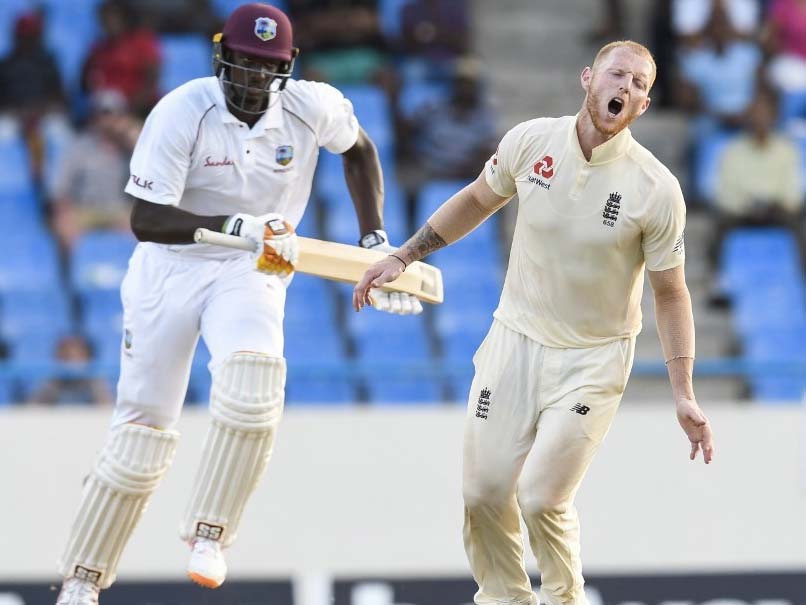 Two of the best all-rounders in Ben Stokes and Jason Holder will be captaining their respective sides.© AFP

Two of the world's best all-rounders in Ben Stokes and Jason Holder will be captaining their respective sides when England face the West Indies in the first Test at Southampton starting Wednesday. Holder tops the ICC's Test all-rounder rankings, with fellow paceman Stokes in second place as international cricket resumes for the first time since March 2 following the coronavirus lockdown. They both average in the 30s with the bat, with Holder's bowling mark of 26.37 slightly more economical than Stokes' 32.68. But while Holder, 28, is a seasoned skipper, Wednesday's match will be the first time the 29-year-old Stokes has captained a cricket team since he was a teenager.

England's talisman has been thrust into the role, with regular skipper Joe Root missing the series opener to attend the birth of his second child.

Pace-bowling all-rounders Ian Botham and Andrew Flintoff saw their individual games decline with the cares of the England captaincy.

The concern is that something similar will happen to Stokes, a key figure in England's World Cup triumph last year when his spectacular century also saw the team to a remarkable win over Australia in an Ashes Test at Headingley.

It appeared any chance of Stokes becoming England captain disappeared when he was charged with affray following an incident outside a Bristol nightclub.

But after being found not guilty at a 2018 trial, he regained a position of responsibility as Root's vice-captain.

"After that happened it was 'right, what am I going to do from this point forward?," Stokes said last week. "I'm quite proud to say I'm in this situation (of being England captain) through hard work and determination."

Holder was made captain of the West Indies' one-day side aged just 23.

A year later he was put in charge of the Test side against a backdrop of administrative chaos that included bitter rows between senior players and administrators.

Sympathy for his plight has sometimes overshadowed recognition of his cricketing skill.

Holder, however, showed his class with an unbeaten double century against England in the first Test at his Barbados home ground during a 381-run win last year that sent the West Indies on the way to a series victory.

"Hopefully Jason can do what's necessary to get on top of Ben in this first Test," said West Indies coach Phil Simmons.

"Jason has played enough Test cricket now to know what he's working on and, mentally, he's where he wants to be.

"I think Ben is one of them who leads from the front. That's to be shown by all his exploits before in cricket and we will have to make sure that we get on to him very early, because he likes to do what is necessary for his team."