ECB announced that all 20 players and 11 management personnel in the Pakistan touring party have tested negative for coronavirus after arriving in England. 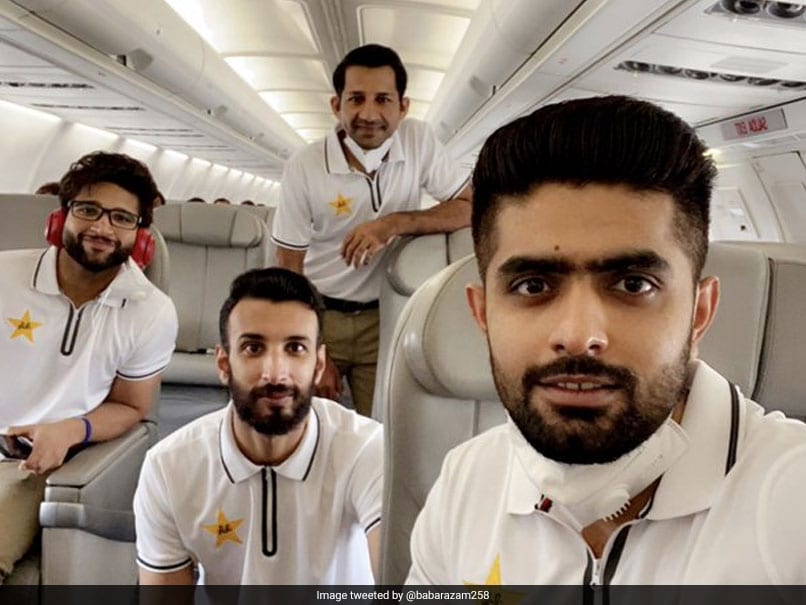 All 20 players and 11 management personnel in the Pakistan touring party have tested negative for coronavirus since arriving in Britain, the England and Wales Cricket Board said Tuesday. The ECB added that England's latest round of tests, for their training group and management conducted on Monday had also yielded a complete set of negative results. England players and staff have now had three COVID-19 tests. The ECB's announcement followed a statement from Pakistan that six more players had been cleared to join the tour after recording two successive negative COVID-19 tests.

But the other four of the 10 players who originally tested positive for the virus last week will have to stay in Pakistan for now after failing further tests.

"All the six players were re-tested on Monday, following their first negative test on June 26," the PCB confirmed.

They will not be allowed to travel to England until they have recorded two consecutive negative tests.

Pakistan will play three Tests and three Twenty20 internationals against England starting in August, with the exact dates still to be confirmed.

The Pakistan squad arrived in England late Sunday and have started a 14-day mandatory quarantine period before intra-squad practice games.

A 30-strong England squad and support staff are currently in a bio-secure training camp at the Ageas Bowl ahead of next week's opening Test against the West Indies.

This first fixture in the three-match series will mark the return of major international cricket from lockdown.

Mohammad Hasnain Mohammad Rizwan Pakistan Cricket Board Cricket
Get the latest updates on IPL 2021, check out the IPL 2021 Schedule and Indian Premier League Live Score . Like us on Facebook or follow us on Twitter for more sports updates. You can also download the NDTV Cricket app for Android or iOS.