With England and the West Indies boasting of proven pace attacks, the series could boil down to which side fares better in the batting department. 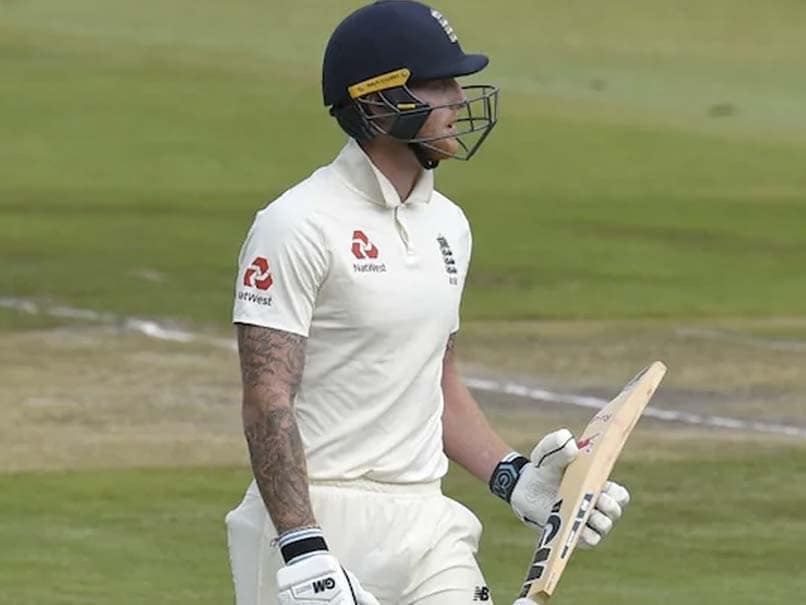 Ben Stokes will be captaining the England side in the absence of Joe Root.© AFP

Batting could well determine which side emerges on top when international cricket resumes after months of coronavirus-enforced lockdown with the first Test between England and the West Indies at Southampton starting on Wednesday. Both sides have proven pace attacks, with West Indies captain Jason Holder among a bowling unit set to include the likes of Shannon Gabriel, Kemar Roach and Alzarri Joseph as the tourists look to retain the Wisden Trophy they won in the Caribbean last year.

England too have plenty of pace bowling options, with veteran new-ball duo James Anderson and Stuart Broad among a group of fast bowlers that also includes the Barbados-born Jofra Archer and Mark Wood.

They, like the West Indies, will be captained by a seam-bowling all-rounder of their own in new skipper Ben Stokes, shouldering the burden of England leadership for the first time in the absence of regular captain Joe Root, who is missing the match to attend the birth of his second child.

England have no spare batsman in their 13-man squad, with Dom Bess the lone spinner, and that meaning the make-up of their pace attack appears to be the outstanding issue.

Injuries have prevented England pairing the express Archer and Wood together since the former's Test debut last year.

But if they are both in the final XI, it could mean Broad missing a first home Test in eight years.

With matches coming thick and fast -- the three-match series will be over before the end of the month -- England may decide to hold Wood back for the second and third Tests at Old Trafford.

The pitch at Lancashire's headquarters traditionally has more bounce than the one at Southampton -- a consideration that is even more important given the temporary ban on bowlers using saliva in order to combat the spread of COVID-19.

Root's absence weakens England's batting, even if he managed a mere four runs when the side were bowled out for 77 in the first Test at Barbados last year, with Roach taking five for 17.

Nevertheless, the pressure will be on the top order, for all England won a series in South Africa this year, with Joe Denly set to play despite averaging a modest 30 from 14 Tests.

"As a top-order batter Joe would obviously love to convert those starts into hundreds...but also it is fully understood that he has contributed to good team batting performances," said England national selector Ed Smith.

'Time in the middle'

West Indies' also face questions over whether their batsmen can give their bowlers enough runs to play with.

"I would have loved to see the batsmen spend a little bit more time in the middle," said West Indies assistant coach Roddy Estwick.

How the teams are affected by playing behind closed doors, another anti-virus measure, rather than in front of the good crowds Tests in England usually attract, is to be seen.

But England batsman Ollie Pope said: "When that Test match starts up, crowd or no crowd, you are going to be really up for it."

This series also takes place against the backdrop of the Black Lives Matter campaign, with both sides set to wear a BLM logo on their shirts.

"It means a hell of a lot to all the players," said West Indies coach Phil Simmons.

"But it doesn't take the Black Lives Matter situation to bring us together as a team."

Jofra Archer Cricket
Get the latest updates on ICC T20 Worldcup 2022 and CWG 2022 check out the Schedule, Live Score and Medals Tally. Like us on Facebook or follow us on Twitter for more sports updates. You can also download the NDTV Cricket app for Android or iOS.