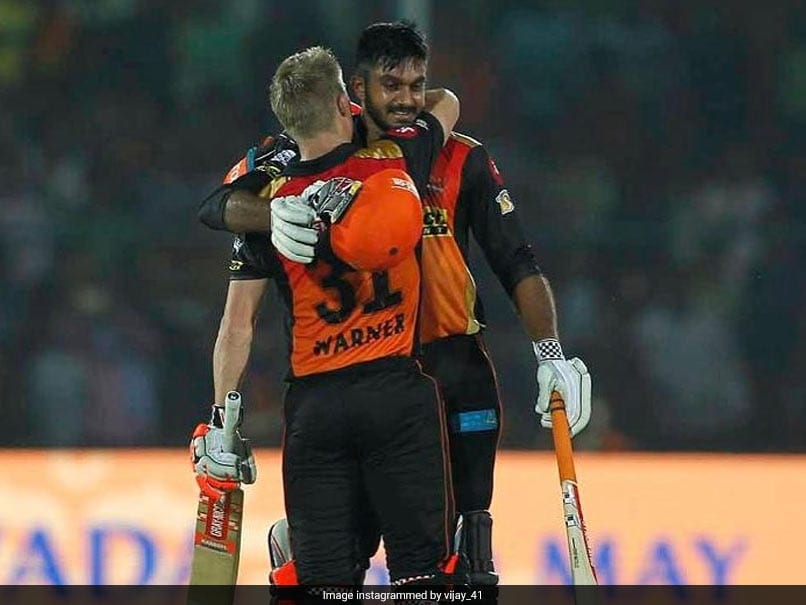 David Warner is the captain of the SunRisers Hyderabad in the IPL.© Instagram

David Warner, the SunRisers Hyderabad captain, was recently involved in a conversation with teammate Vijay Shankar in a chat session called 'Warner's Corner'. A clip from the chat was tweeted by SunRisers Hyderabad's official Twitter handle. During the chat, David Warner and Vijay Shankar discussed who they thought was always late for the team bus. David Warner said, "I think Khaleel the other night, he is the worst". Warner added, "If we have to leave at 9 o'clock he (Khaleel Ahmed) will board the bus at 9:15 and say, morning everyone".

What dish would you like @vijayshankar260 and @davidwarner31 to try the next time they visit Hyderabad? #OrangeArmy #SRH #WarnersCorner pic.twitter.com/BPpYcjxzIl

During the chat, Vijay Shankar talked about the people he thought used to be late in the team and said, "But I remember in 2016, (Deepak) Hooda and Barinder Sran used to be late every day". David Warner laughed and agreed with the all-rounder during their conversation.

David Warner is one of the most prolific batsmen in the SunRisers Hyderabad team. The left-handed batsman has been a part of the team since 2014.

David Warner has played 126 matches in his Indian Premier League career so far. The Australian batsman has managed to score 4,706 runs with an average of 43.17 and has 4 IPL centuries to his name.

Vijay Shankar made his IPL debut for Chennai Super Kings in 2014. However, he only got to play one match for the team.

In 2016, Vijay Shankar was bought by the SunRisers Hyderabad. The all-rounder has played 33 matches in the IPL and has scored 557 runs. Shankar has picked up two wickets in his IPL career as well.