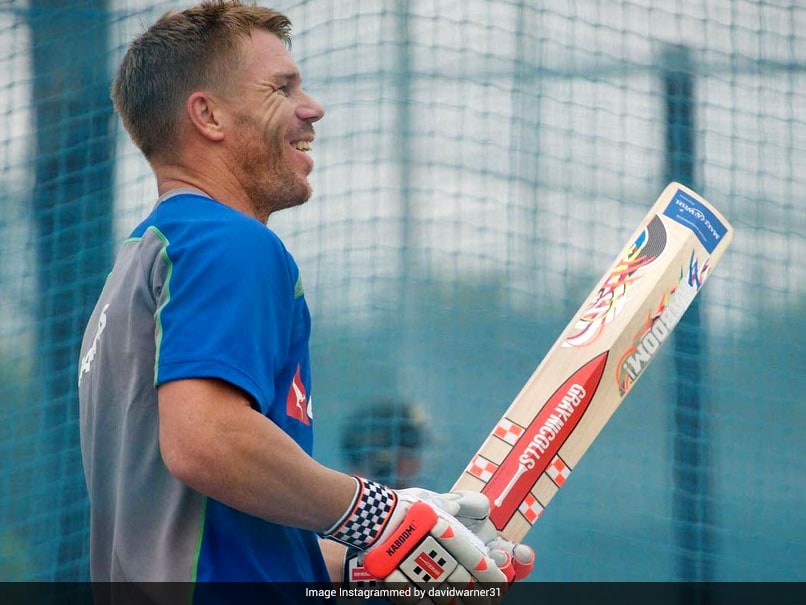 Australian actor Dominic Purcell said that he wants to have a crack at David Warner in the nets.© Instagram

David Warner, who has been one of the most active cricket players on social media during the coronavirus-enforced lockdown, took to Instagram to react to an Indian TikTok star's video. Warner applauded Arman Rathod, an Indian TikTok sensation, and wrote "Great work @armanrathod #dance #life #music." While Warner's appreciation post for Arman caught the attention of his fans in India, the Australian batsman also received a challenge from 'Prison Break' star, Dominic Purcell. Purcell, who plays the role of 'Lincoln Burrows' in the hit TV series, said that he wants a crack at Warner in the nets.

"I wanna crack at u in the nets. Once my back. Knees, calf's, shoulders and feet heal up. 16 feet no ball," Dominic Purcell left a comment on Warner's post. 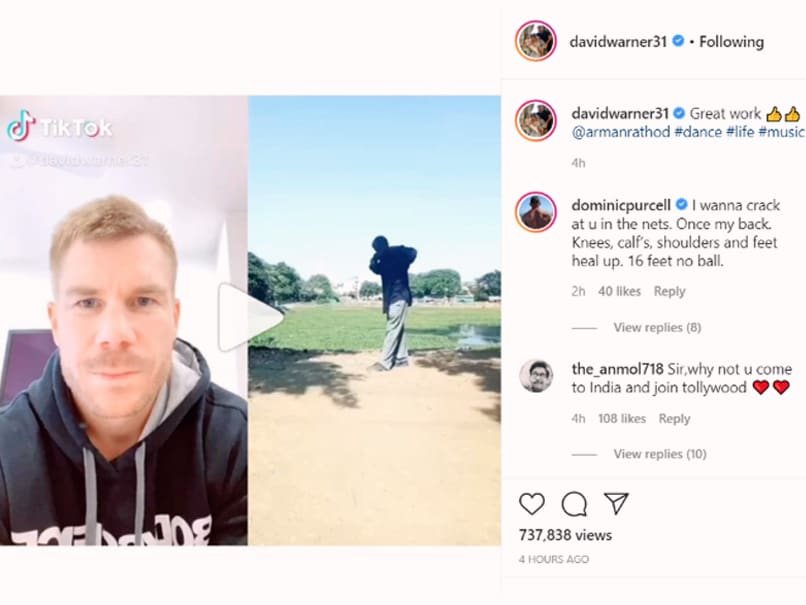 On Saturday, David Warner had teamed up with his family members -- wife and two daughters --  and tried to perform some Bhangra moves on a fusion song.

Ever since Warner joined the popular video-sharing platform, the left-handed batsman rarely misses out on sharing entertaining posts for his fans.

The 33-year-old batsman has even tried to get India captain Virat Kohlion TikTok.

Speaking to off-spinner Ravichandran Ashwin on an Instagram live session, Kohli said that Warner has "been after my life" to make a video.

"He's been asking me to do one. I haven't responded yet, but I will," Kohli told Ashwin.

Ravichandran Ashwin Cricket
Get the latest updates on ICC T20 Worldcup 2022, check out the Schedule and Live Score. Like us on Facebook or follow us on Twitter for more sports updates. You can also download the NDTV Cricket app for Android or iOS.