David Warner teamed up with his family members -- wife and two daughters -- and tried to perform some Bhangra moves on a fusion song. 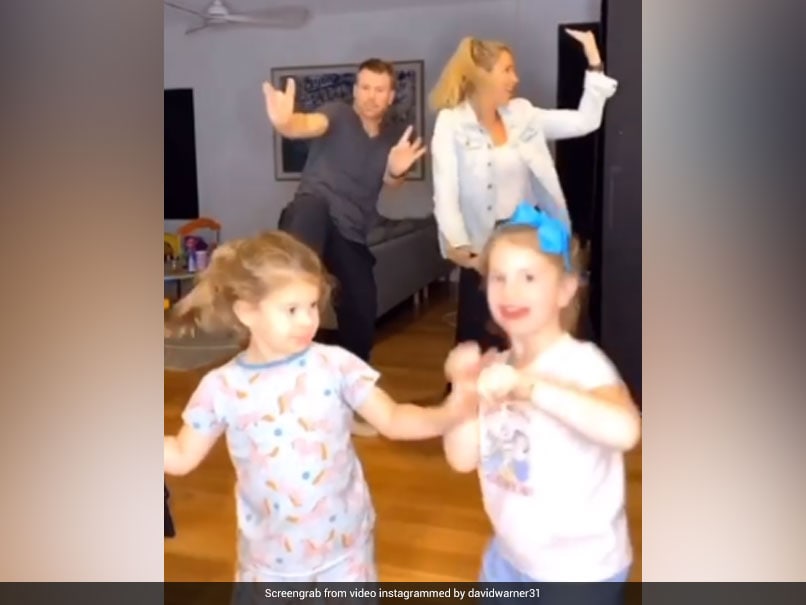 David Warner added one more dance video to his kitty as he performed Bhangra moves.© Instagram

David Warner, continuing with the trend of sharing daily dosage of fun TikTok videos, added one more dance video to his kitty on Saturday. David Warnerteamed up with his family members -- wife and two daughters --  and tried to perform some Bhangra moves on a fusion song. While Warner has, in the past, posted several videos of him and his family members dancing, trying a traditional Indian dance form was something new to all of them and it showed in their performance which was all over the place. While the dance moves were not that great, Warner and his family members more than made up for that by dancing with all their hearts.

Ever since announcing his arrival on the short video-sharing platform TikTok, Warner has been posting fun videos almost on a daily basis.

Moreover, Warner has even tried to rope in Indian skipper Virat Kohli to make a TikTok video appearance.

Speaking to off-spinner Ravichandran Ashwin on an Instagram live chat, Kohli said that Warner has "been after my life" to make a video.

"He's been asking me to do one.I haven't responded yet, but I will," Kohli told Ashwin.

Nobody knows whether or not Indian skipper will make his debut on the popular video-sharing platform, but one thing for certain is that Warner is in no mood to stop anytime soon -- at least till the time cricketing action is at halt.