David Warner's array of TikTok videos always has something new to offer. 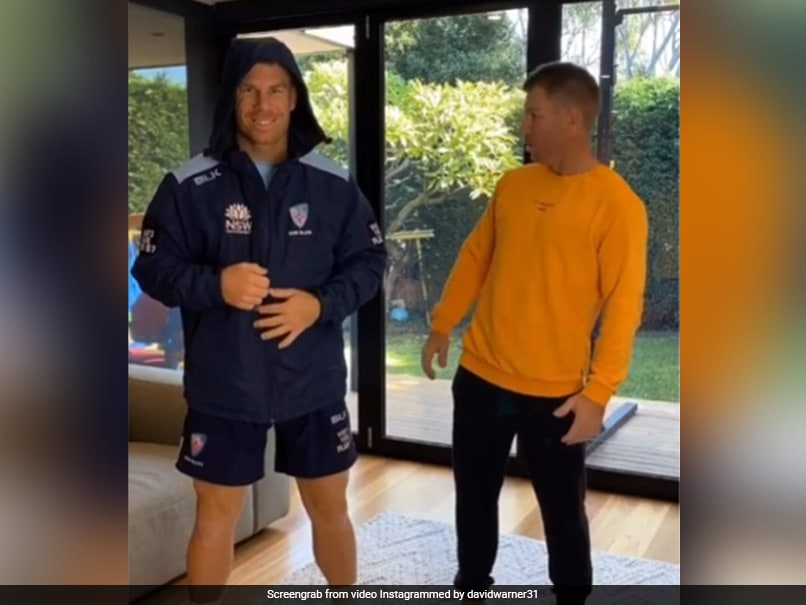 David Warner is at it again as he shared yet another TikTok video on Instagram. After paying tribute to the likes of Bollywood icon Akshay Kumar and Telugu star Mahesh Babu through his performances on the video sharing app, the Australia opener this time featured Tamil star Dhanush's 2011 hit track "Why This Kolavery Di" in his video. The video shows Warner throwing down his training gear and then magically appearing in a dual role in his gear. "This is how I got ready for my first day back at training," he captioned the video.

This is how I got ready for my first day back at training wish it was this easy!! #trending #challenge #fun #mondaymotivation

Warner added to the caption, writing "wish it was this easy!!"

The destructive left-hander has taken to TikTok during the coronavirus-enforced lockdown, making new videos on a daily basis.

He has even tried to rope in India captain Virat Kohli to make a TikTok appearance.

Speaking to off-spinner Ravichandran Ashwin on an Instagram live chat, Kohli said that Warner has "been after my life" to make a video. "He's been asking me to do one.I haven't responded yet, but I will," Kohli told Ashwin.

Warner had already publicly invited Kohli to do a duet performance with him on TikTok.

After Warner shared a TikTok video where he can be seen dancing to an Akshay Kumar song, Kohli commented with a flurry of laughing emojis.

Not letting go of the opportunity, Warner responded to him saying "You're next bro come on man a duet. Your wife will set you up an account."