David Warner, like many athletes, has turned social media into his new home as he keeps his followers entertained with fun videos. 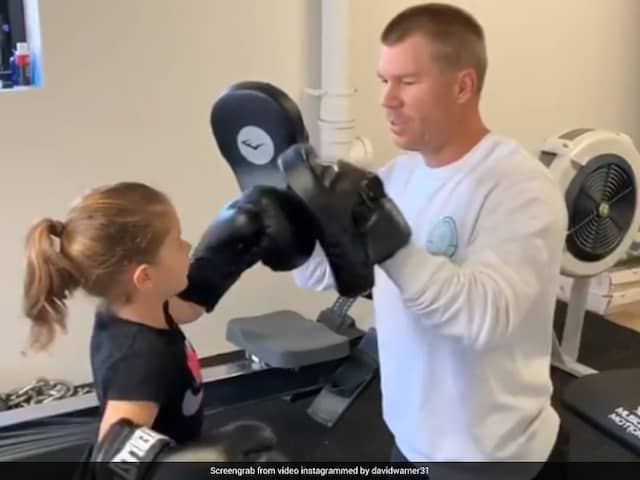 A day after enthralling the world with his dance moves on a famous Bollywood song, David Warner posted a couple of more videos on his official Instagram handle, this time giving boxing lessons to his daughter. "They just love doing what @candywarner1 and I do with training, what can you say?? "OK", Warner wrote, sharing the videos on Instagram. Warner, like many athletes, has turned social media into his new home as he keeps his followers entertained with fun videos. On Saturday, Warner's one such video took social media by storm as he and his daughter Indi danced to the superhit song - 'Sheila Ki Jawani' that features Katrina Kaif.

They just love doing what @candywarner1 and I do with training , what can you say?? "OK"

Due to the coronavirus pandemic, Australia's three-match One-Day International series against New Zealand was called off after the first match, which was played behind closed doors.

Warner, one of the most successful batsman in Indian Premier League history, was set to lead SunRisers Hyderabad in the IPL 2020.

However, a nationwide lockdown due to the coronavirus pandemic, forced the Board of Control for Cricket in India (BCCI) to indefinitely postpone the tournament.

This is the first time that IPL will not be taking place during its regular April-May window.

However, despite losing its normal window the IPL Governing Council has not completely ruled out the possibility of holding the tournament later this year, given the crisis subsides and the situation is under control.