Cricket's most famous soundtrack will never be the same 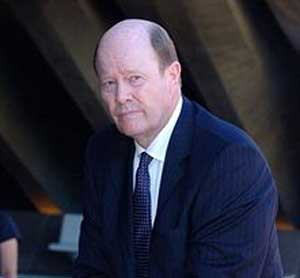 The cricket world will, sadly, never again hear Greig commentate on a match. His sometimes over-the-top, sometimes pungent but always entertaining and erudite views on the game made Greig a television viewer's delight.

"They are dancing in the aisles in Sarjah." It's not quite the line that was Tony Greig's calling card as a commentator, but it's the line, delivered with an admixture of unrestrained joy and unmasked enthusiasm, in a sing-song with the first 'h' in Sharjah ignored, that won over audiences in the subcontinent, and particularly in India given that it was Sachin Tendulkar who was making them dance in the aisles.

The cricket world will, sadly, never again hear Greig commentate on a match. His sometimes over-the-top, sometimes pungent but always entertaining and erudite views on the game made Greig a television viewer's delight; in his passing away, a vital cog in a most venerable commentating wheel has been lost forever, but the legacy Greig has left behind will stand the test of time.

It's a sign of the modern times that Greig, a cricketing rebel if ever there was one, born in South Africa, captain of England, the mastermind alongside Kerry Packer of World Series Cricket, is remembered more for his stints behind the microphone than his enormous contribution to the game of cricket. It is no exaggeration to state that the financial state of the modern game owes as much to the Packer vision that Greig so whole-heartedly bought into and spread across a disgruntled cricketing fraternity in the mid 1970s as to the aggressive course of marketing that the Board of Control for Cricket in India embraced once the Tendulkar phenomenon swept the cricketing world.

As if it isn't tragic enough that Greig's booming, energy-driven descriptions won't course through the air waves any more, emanates news from Australia that Bill Lawry might not commentate beyond the ongoing Australian summer. Richie Benaud has already started to phase himself out; a path-breaking era in television commentary is about to end.

To a generation that set alarm clocks to 5am in India and woke up bleary-eyed but all agog at the prospect not just of watching outstanding pictures from Australia, courtesy Channel Nine, but also of listening to a venerated group of former skippers who both entertained and educated, cricket viewing on television will never be the same again. Each of these cricketing giants brought a unique flavour to what was essentially a job, but that was performed with a passion and a commitment that went beyond the mere call of duty.

Chappell has been a fountain of anecdotes, several involving himself and portraying him in self-deprecating light. Over the years, I haven't heard him repeat a single anecdote, and that's quite something, given the period of time over which he has shared his knowledge of the game with his audiences. He brings the touch of calm shattered without a care by the infectious enthusiasm of Lawry and Greig, both excitable individuals with strong views that they didn't bother to mask.

My favourite Lawry moment, him of the high pitch and a fondness for all things Victorian, came during the 1999 World Cup semifinal clash between Australia and South Africa. Lawry and Mike Procter were calling the fateful final moments of the match; South Africa needed nine for victory with Damien Fleming bowling to Lance Klusener, and Procter kept reminding everyone of Zulu's exploits with the bat throughout the competition.

"Remember, if it is a tie, Australia go through," Lawry cut in immediately after Klusener had smashed the second boundary of the over to level the scores. And, a couple of minutes later, "It's a tie! It's a tie! Australia are through to the final," he screamed. You could almost visualise him doing a jig in the commentary booth, though you could also sense befuddlement in his voice. It was almost as if he were saying, "Oh what have you done, Lance?" after Klusener called Allan Donald through for a non-existent single and South Africa watched in consternation as Donald was run out by a half length of the pitch.

Greig was a little more restrained than Lawry when in the Nine booth, but as he moved towards Asia, he drove the television coverage with his unbridled energy, if not always unbiased observations. "He has smashed him. The little fella is half his size, and he has hit him straight back over his head for six," is a gem from Desert Storm in 1998 that is oft recalled in any conversation involving either Tendulkar or Tom Moody or Sharjah or Greig.

Benaud, of course, is the master, the man who has for long pulled the strings, who has directed the pace of play, so to say. "Now..." he would say and then lapse into silence, opening up myriad possibilities before the next words that might range from "... that's a shot" to "... Taylor turns to Shane Warne."

Benaud was clear of which path he wanted to adopt once he had retired as a player, so he prepared himself for life after cricket by enrolling in a course in the United Kingdom when still playing competitive cricket. Today, he is an institution all by himself, the peerless master of understatement, a man of fewer words than most but words that are every bit worth the wait.

Sample this masterpiece - Benaud was on air when Brian Lara was hit on the box during a Test match. Lara writhed in pain and discomfort, the physio and the reserves ran out with water and magic sprays and what have you, and the scarcely concealed guffaws and chuckles in the commentary box could be heard filtering through. Through it all, Benaud didn't utter a word. Then, when the excitement died down and Lara was about to face the next delivery, Benaud quietly chipped in, "It's the kind of injury where you hope the pain goes away but the swelling remains." They are apparently still searching for the roof of that particular commentary box.

Comments
Topics mentioned in this article
Cricket Anthony William Greig
Get the latest updates on ICC T20 Worldcup 2022 and CWG 2022 check out the Schedule, Live Score and Medals Tally. Like us on Facebook or follow us on Twitter for more sports updates. You can also download the NDTV Cricket app for Android or iOS.