CREDs Mega Jackpot Leaderboard is a daily leaderboard where CRED members can win big by redeeming their CRED Coins on the app. The more they redeem, the higher they move up on the leaderboard and stand a chance to win exciting prizes. 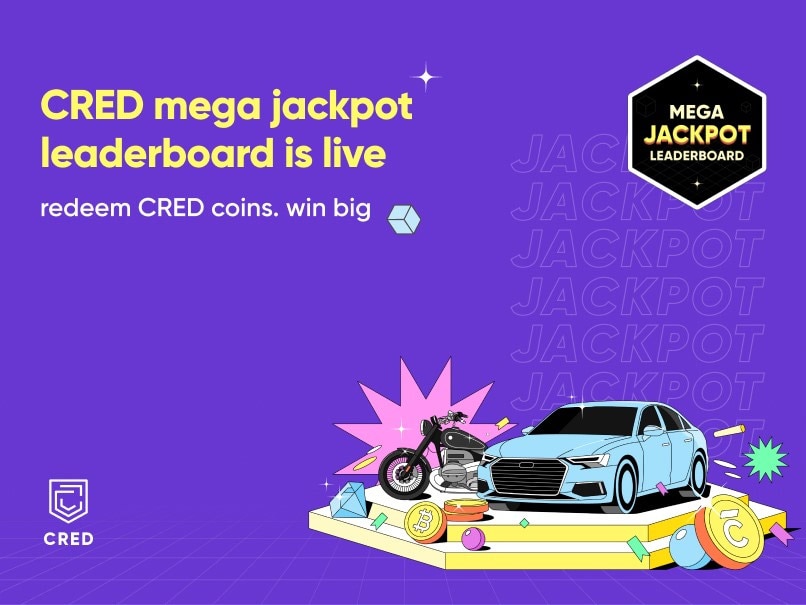 The Indian Premier League (IPL 2021) is back on TV and mobile screens and so is all the thrill and excitement associated with the most popular T20 cricket league in the world. Scintillating sixes, jaw dropping catches, large-hearted bowling performance and the nervy last ball finishes. Cricket fans have their hands full for the next three weeks. And while the cricketing action is a treat for all the fans, there are more rewards in store for you this IPL season. CRED, the official sponsor of IPL, is offering some great deals to its members and it's a bounty out there to be won.

There are rewards and cashbacks available on the CRED app, which the member-only community is giving in association with its merchants. While these discounts present a mouthwatering prospect for the members, CRED has also come up with a challenge, keeping up with the flavour of IPL. The most intriguing part of any IPL season is its points table and the leaderboards for runs and wickets. Taking inspiration from this, CRED has launched the CRED Mega Jackpot Leaderboard where members can maximise the utility of their CRED Coins and win rewards.

So, here's how it works. CRED's Mega Jackpot Leaderboard is a daily leaderboard where CRED members can win big by redeeming their CRED Coins on the app. The more they redeem, the higher they move up on the leaderboard and stand a chance to win exciting prizes. A new leaderboard will be active each day from September 27 to October 4 and will last for 24 hours with the results being announced at midnight. CRED members can participate in more than one leaderboard too and all the Coins redeemed by them on any calendar day will be considered. In case there is a tie between two members, who redeem the same number of CRED Coins, the one who reached the milestone first will get a higher ranking.

Offers active on September 27, to get the most out of your CRED Coins:

On September 27, members can use their CRED Coins with CRED pay to get  70% off on Urban Company and up to 40% off deals on brands like Country Delight, Supr Daily, Dunzo and Licious.

What you could win by topping the leaderboard on September 27:

That's how simple it is. Just redeem the most CRED Coins and rank on the CRED Mega Jackpot Leaderboard. If you are somebody who thinks deeply about their financial decisions, uses credit cards regularly for making payments and is mindful of paying credit card bills on time, then CRED is meant for you.

Comments
Topics mentioned in this article
IPL 2021
Get the latest updates on Fifa Worldcup 2022 and check out  Fifa World Cup Schedule, Stats and Live Cricket Score. Like us on Facebook or follow us on Twitter for more sports updates. You can also download the NDTV Cricket app for Android or iOS.